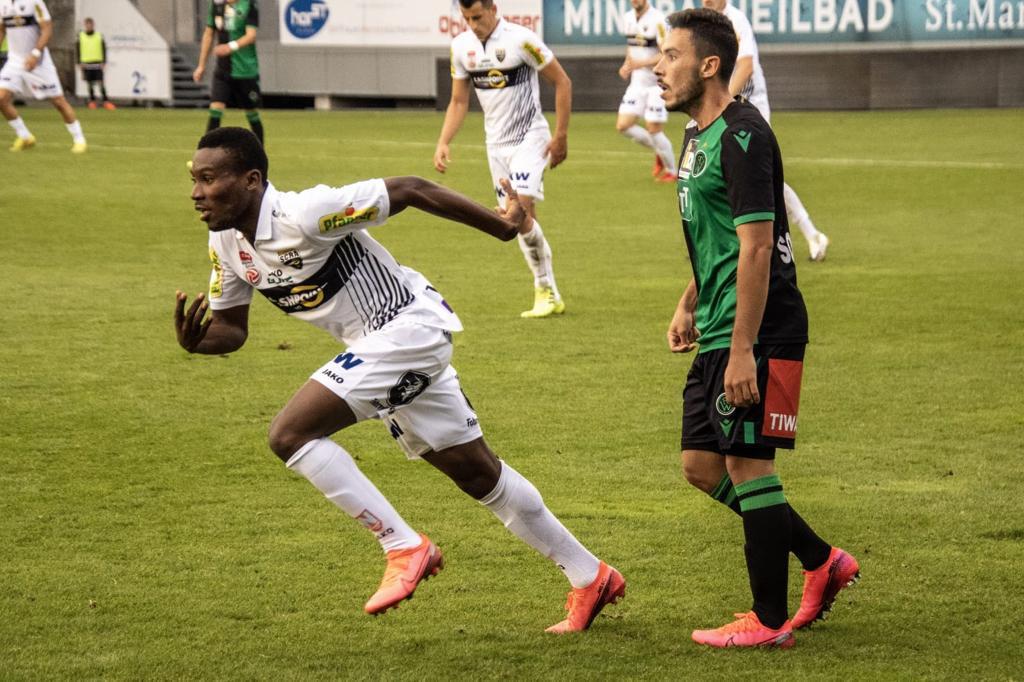 Medeama forward Nana Kofi Babil impressed on his debut for SC Rheindorf Altach in their 4-1 anniliation of  FC Wacker Innsbruck in a friendly encounter..

The 18-year-old was able to prove his skills for the first time as the Medeama forward almost made a custom-made debut.

Less than 30 seconds on the field, Babil aimed at the left corner of the cross from the 17 meters and only missed by a few centimeters.

Babil has intensified his road to full fitness since arriving in the Austrian country.

He is expected to be key for the side in the Austrian Bundesliga.

SCRA will welcome SV Seekirchen at the CASHPOINT Arena on Saturday.