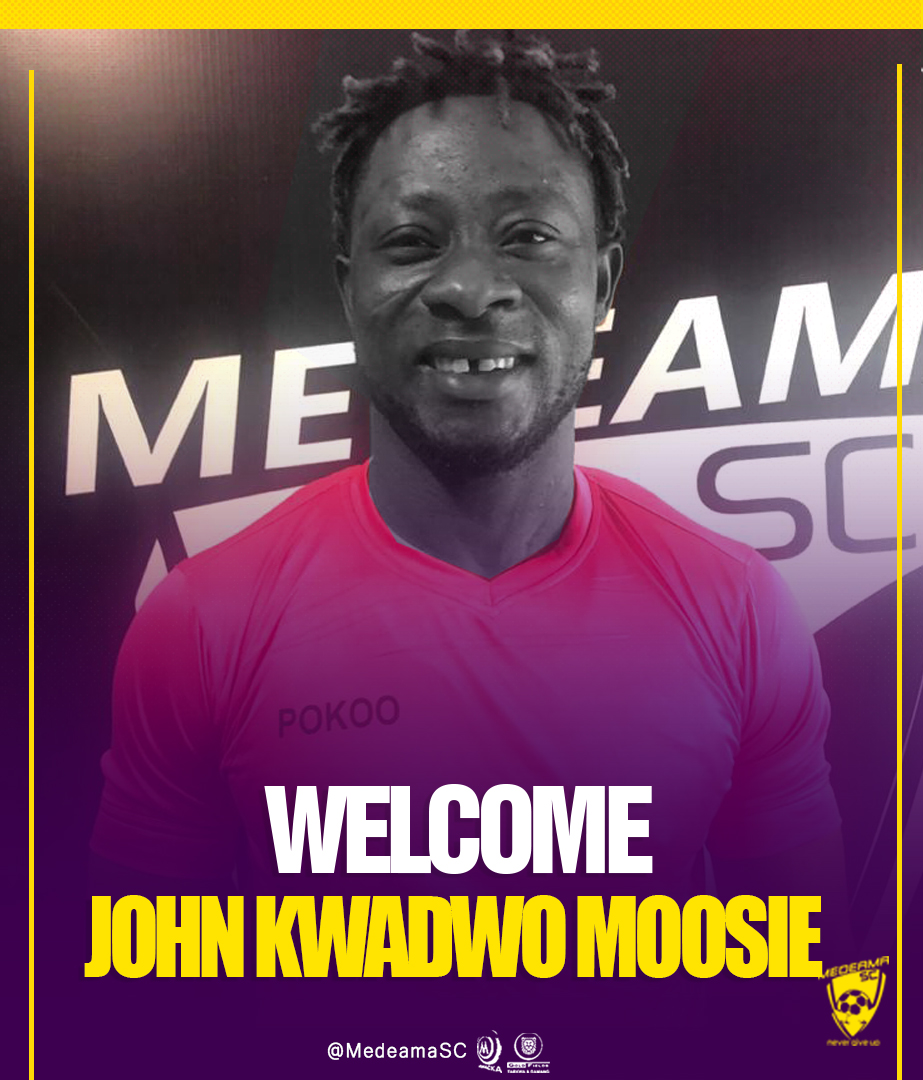 Medeama SC can confirm the permanent signing of goalkeeper John Kwadwo Moosie on a three-year deal from Techiman Eleven Wonders.

Moosie, 28, has signed the dotted lines to reunite with former coach Ignatius Fosu after leaving the Techiman-based side after four seasons.

The experienced goalkeeper was instrumental for Wonders last season as they escaped relegation by a whisker.

He has reunited with his former coach Ignatius Fosu – who joined the side as the new man in charge at the start of the season.

“I am extremely delighted to be here and join the group. I can’t wait to get to know my teammates and get started,” he told medeamasc.com

“The ambition is clear. We want to work hard for this club and achieve something great for the fans.

“It’s exciting to rejoin coach Ignatius and the backroom staff and I will make it count. It’s a collective team effort and we’ll see how it goes.

Coach Ignatius Fosu said: I have known John for sometime and worked with him at Eleven Wonders and I trust his work ethics,” he said

“He is an outstanding professional and I’m confident that he will add a lot to this team.

“We are focused on what is important for this amazing club. We are happy John has joined us and we’ll work together for the team.”

He captained Berekum Chelsea for many years.