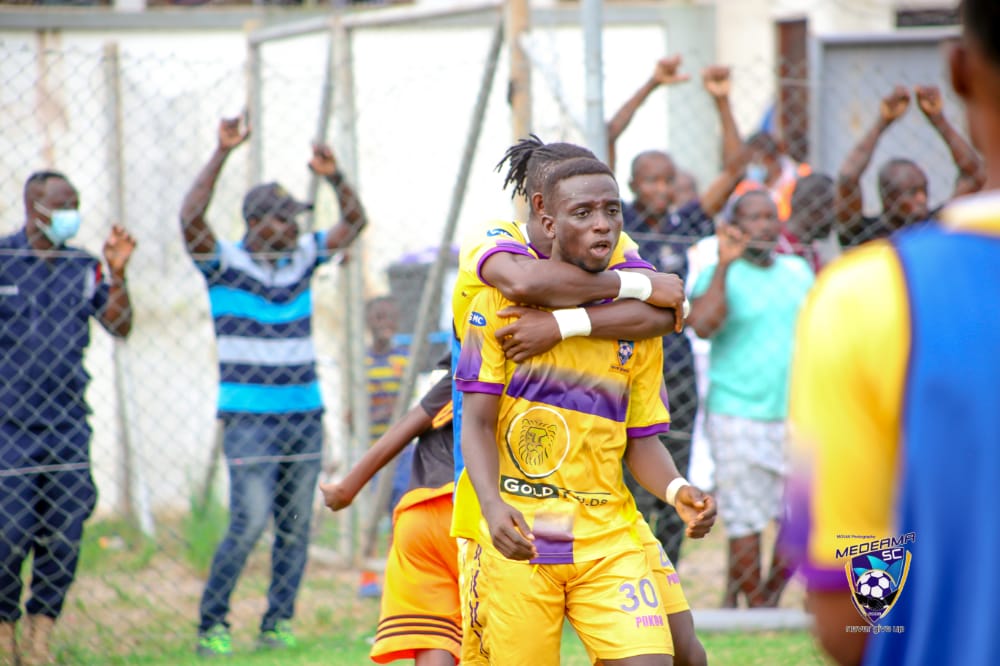 Medeama SC twice came from behind to beat Elmina Sharks and move into the top four of the Ghana Premier League.