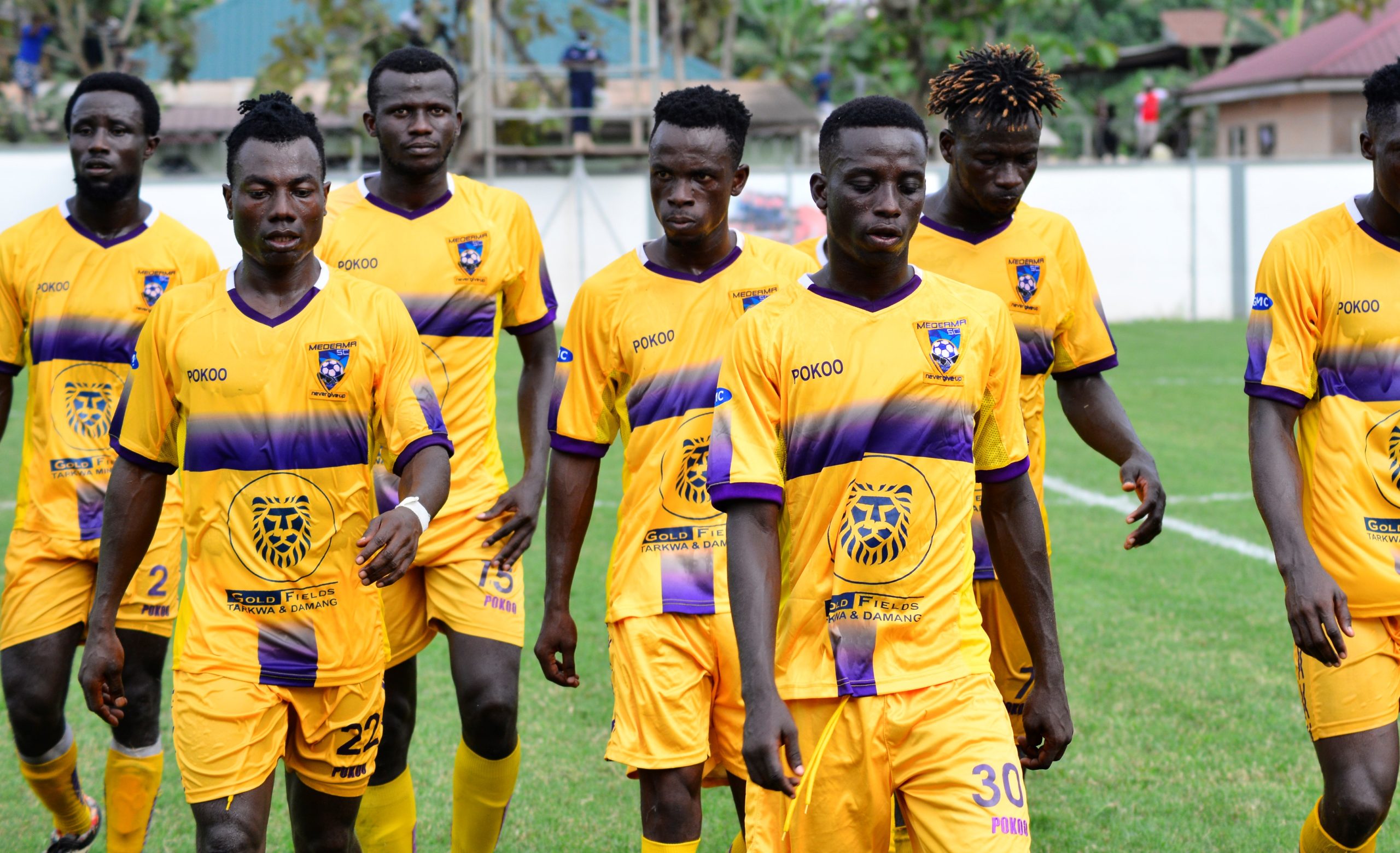 Dreams FC scored a late penalty to record a vital 2-1 win over Medeama on match Day-2 of the Ghana Premier League match on Sunday in a game that defender Ibrahim Yaro will want to easily forget.

Issah Ibrahim pulled victory for the home side on the stroke of full time with a decisive spot kick to power Dreams to victory.

Striker Joseph Esso opened the scoring after capitalising on a defensive howler by Ibrahim Yaro to open the scoring.

Medeama dictated the pace and enjoyed the chunk of possession at the heart of the park but that was not enough as they suffered their first defeat of the season.

The two teams sold an entertaining clash at the Theatre of Dreams.

The Mauve and Yellows pulled the much needed equalizer after Kwadwo Asamoah tucked in from a ricochet.

Just as the the match appeared to be heading to a draw’ Ibrahim Yaro again brought Joseph Esso down in the box for a resultant free kick.

Issah Ibrahim elected himself and slotted home beautifully to make it 2-1.

It’s a match Medeama will feel they could have snatched a point after an impressive outing.

The gaffer kept faith with several of the troops that featured in the 1-1 draw at home to Great Olympics.

The win ensures Dreams move to fourth on the table while Medeama slip to 14th.