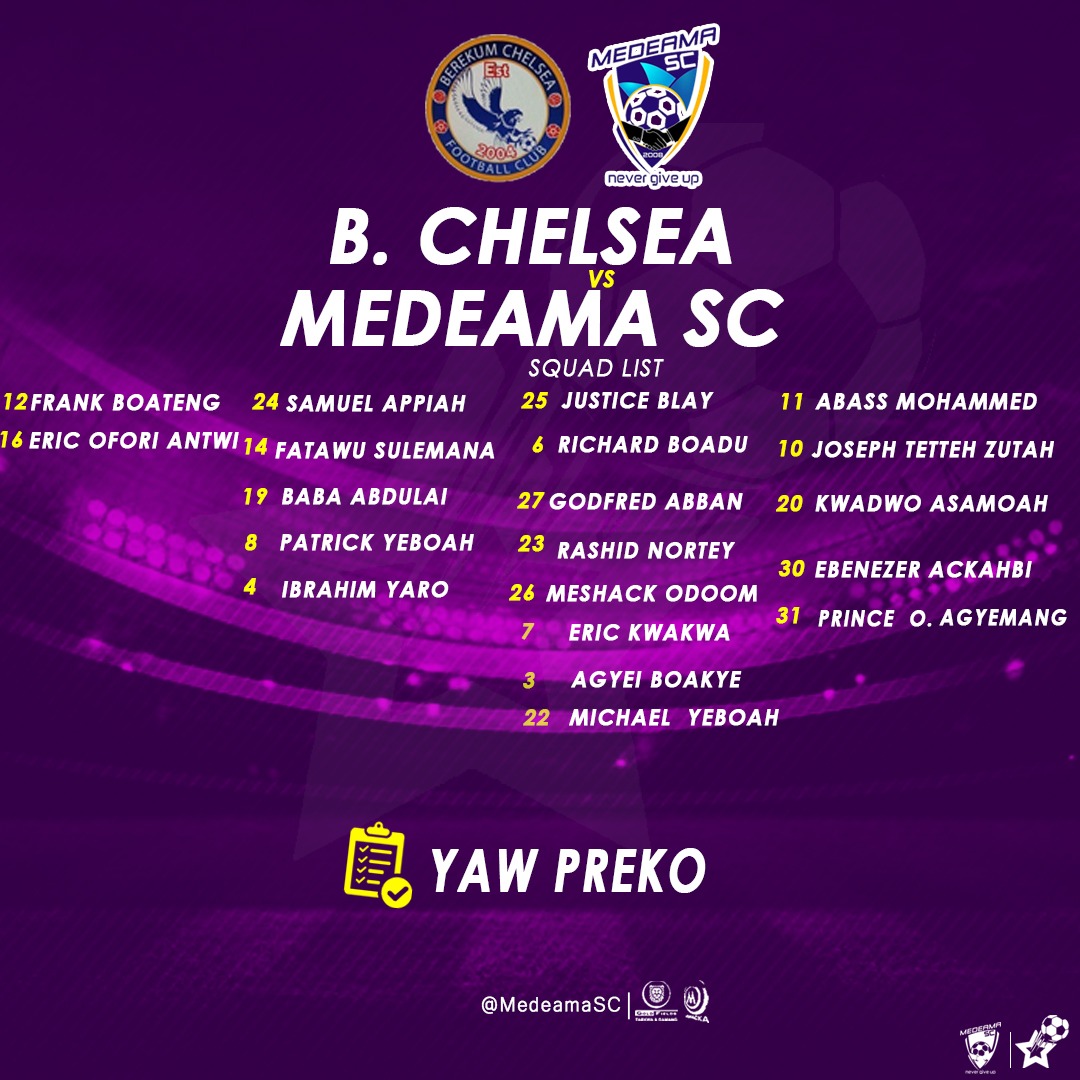 New coach Yaw Preko has named a 20-man squad for the trip to Berekum Chelsea without striker Amed Toure and midfielder Kwasi Donsu.

Both players are unavailable after failing to pass a late fitness test.

Toure – a  Burkina Faso international failed to make the trip after being knocked down by a minor injury.

However, Prince Opoku Agyemang is available for selection after scoring on his return to the club.

Midfielder Kwasi Donsu has also been ruled with an injury and has been replaced by Michael Yeboah.

Youngster Ebenezer returns to the squad after missing the 2-0 win over Techiman Eleven Wonders at home last week.

Richard Boadu is also back in the team after serving a one-match ban over accumulated yellow cards.

Kwadwo Asamoah also returns to the squad for the first time in so many games.

However, Ali Ouattara is also suspended for the match – meaning Ibrahim Yaro will get his chance in the absence of Rashid Alhassan – who has been handed some time off to bury his late mother.

The new gaffer has kept faith with the core of the team that have played since the start of the new season.

Goalkeeper Eric Ofori Antwi and Frank Boateng make the squad while Fatawu Sulemana makes the team for the first time this season while Patrick Yeboah returns to the squad.

Bright Enchil is suspended for the match after picking his third yellow card against Wonders last week.