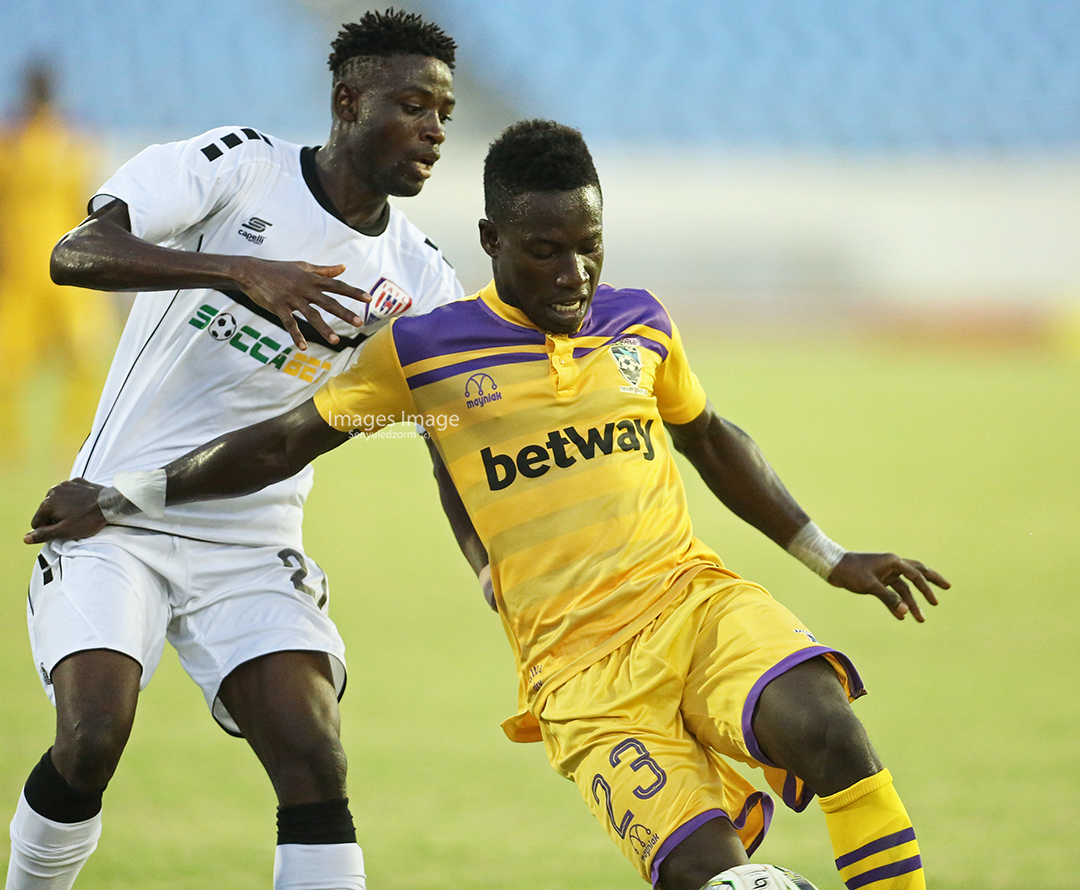 Elmina Sharks FC are determined to claim all three points on Wednesday when they tackle Medeama SC at the Nduom sports complex knowing they could go top of the log with a victory.

With a game in hand, the “Botweaku Mba” are only two points adrift of the summit.

The Sharks are carrying so much belief into this game following their 2-1 victory over Hearts of Oak at the Cape Coast stadium last Saturday.

This vital victory extended the undefeated streak of the Sea Animals to five matches and a rise on the league table to the third place.

They are counting on their 4-3 penalty shootout win over the Mauves and Yellow in the GFA Gala competition to clinch the maximum points on Wednesday.

All other players are available for selection for the crucial fixture in midweek.

Medeama SC are enjoying some moments of perfection after making it four matches unbeaten with a 1-0 victory against Inter Allies FC last Saturday at the Cape Coast stadium.

This saw the Mauves and Yellow catch up on top of the league table by levelling on points with the leaders Ashanti Gold SC.

The record breaking feat at the Sogakope park last Wednesday will be serving as a morale booster ahead of this fixture.

Kwasi Donsu is expected to make an impact if Medeama SC are to pick all three points on Wednesday in Elmina.

He has a goal, two assists and a man of the match award in his last three appearances in the premiership.

Gideon Acquah and Richard Boadu are not among the squad traveling to the Central region for Wednesday’s match.