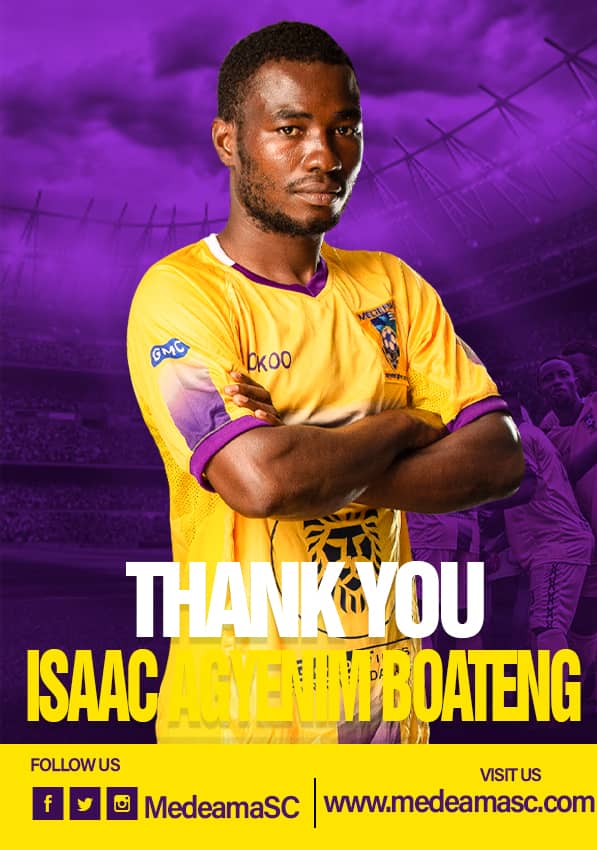 We would like to announce the departure of forward Isaac Agyenim Boateng.

Boateng, 25, has left the Mauve and Yellows following the expiration of his long-term contract.

The forward spent four seasons in Tarkwa, contributing significantly to the team’s involvement in the league and the FA Cup.

He joined Medeama from Asante Kotoko in May 2017.

We would like to thank Agyenim for his immense service