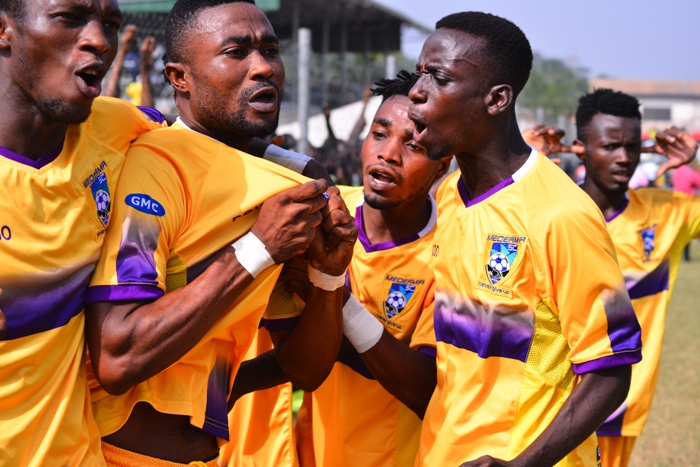 Injured defenders Ali Ouattara and Philip Osei have been left out of the 18-man squad for the trip to Dreams FC on Sunday.

Coach Samuel Boadu has also left out midfielder Joseph Cudjoe for the mouth-watering clash against their opponents.

Both Ouattara and Osei failed a last minute fitness test after they suffered an injury during the 1-0 win over Asante Kotoko on Wednesday.

The Mauve and Yellows are still without injured trio Rashid Nortey, Eric Kwakwa and Bright Enchil as well as Kali Toussaint who has been knocked down with a bout of malaria.

Medeama travel to an old den where it promises to be a keenly contested game.