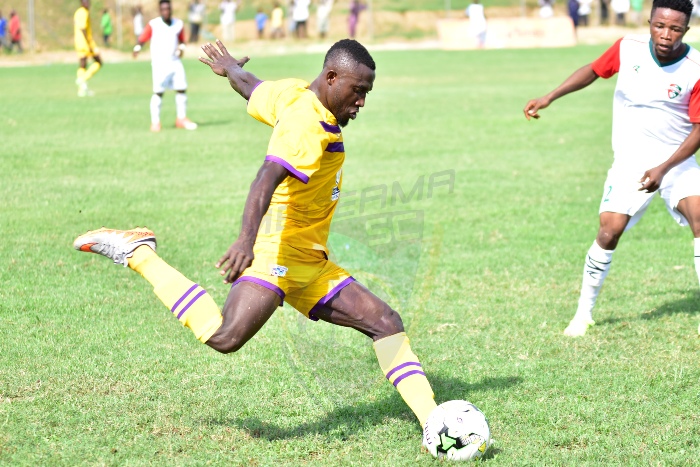 We are happy to announce that defender Ibrahim Yaro has signed a three-year contract extension which will keep him at the club until September 2021.

Yaro, 22, joined the Mauve and Yellows from lower division side Dawhenya united in 2014, signing an initial four-year deal.

He has gone on to become one of the standout performers for the side in the past four seasons.

He has won one FA Cup and played in the CAF Confederation Cup in 2016.

“I am very happy to continue with this great club,” he told medeamasc after signing.

“This is one of the biggest clubs in Ghana and I am proud to wear the badge.

“I am hopeful we will continue to chalk many successes in the years ahead.”

We are delighted to announce that defender Ibrahim Yaro has penned a new which will keep him at the club until September 2021.#Medeama4life pic.twitter.com/3y9sCVKNtG