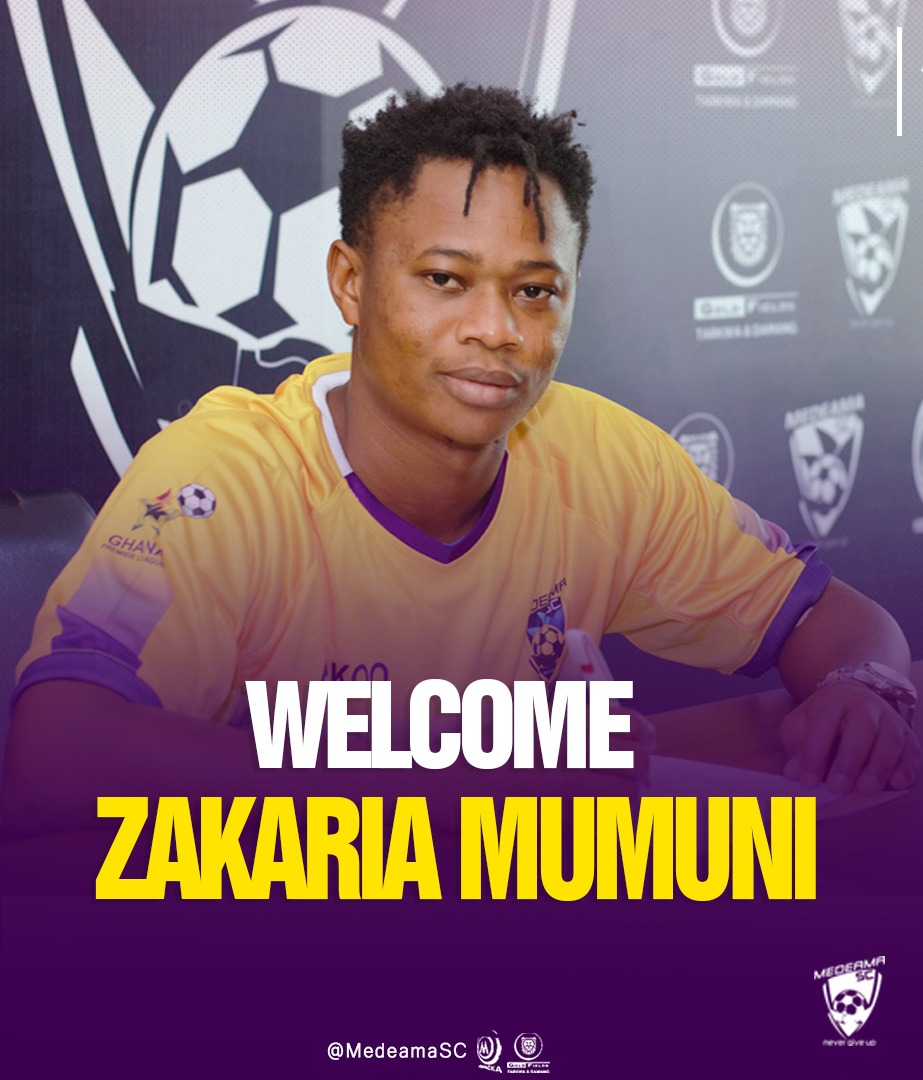 We are delighted to announce the signing of winger Zakaria Mumuni on a free transfer.

Mumuni, 24, has joined the Mauve and Yellow on a two-year deal after leaving Congolese giants A.S Vita.

The talented wideman has put pen to paper on a permanent contract which will see him at the club until 2023.

He joins the two-time FA Cup holders after ending his stay at the Congolese heavyweights where he made 12 appearances in both CAF Champions League and Confederation Cup competitions for the Kinshasa-based club.

He is expected to provide added impetus to the club in our search for our first Premier League title.

“We are excited to have Zakaria with us. He brings wealth of experience and technical know-how to our setup,” coach Samuel Boadu said

“The club has been on his tail for couple of months now and we’re happy he has finally joined us.

“We know of his quality and will be a great addition to the squad. We want to build a formidable team capable of challenging for honours this season and beyond.

Zakaria Mumuni told medeamasc.com: “This is an incredible opportunity to join a club with such an amazing project.

“I would like to thank everyone at Medeama for the massive show of love and support in this short period.

“We hope work hard as a collective unit and make our fans happy. This is another challenge for me and I look forward to another giant step in my career.

“We want to perform at the highest level and get the desired results.

“Having spoken to the coach about the vision and direction of the team, its hugely exciting and I can’t wait to be part of it.”

Mumuni won’t be available for the Premier League match against Eleven Wonders at home on Wednesday but should be ready for the final game of the first round against Chelsea in Berekum.