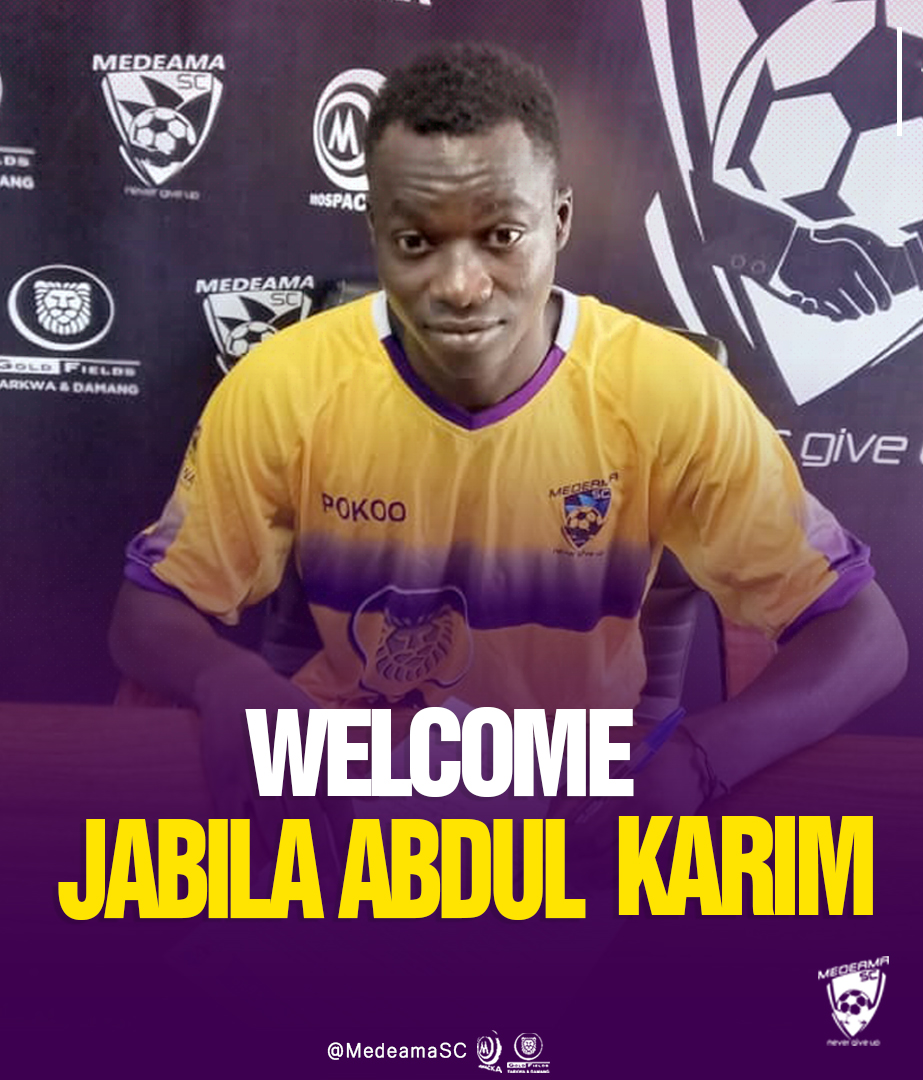 Medeama is delighted to confirm the arrival of Abdul Karim Jabila on a free transfer.

The versatile player has signed a three-year deal to return to the Mauve and Yellows.

Jabila featured for Legon Cities during the first half of the season.

But he has been snapped by coach Yaw Preko for the next three seasons in Tarkwa.

Jabila has had a previous stint with the Mauve and Yellows.

“I am very happy to return to Medeama. I have an unfinished business and hope to complete it in style,” Jabila told medeamasc.com

“I can promise that I will give everything in my heart to be a success here.

“Medeama is a great club with huge ambition and I am delighted to be part of this fantastic group.”