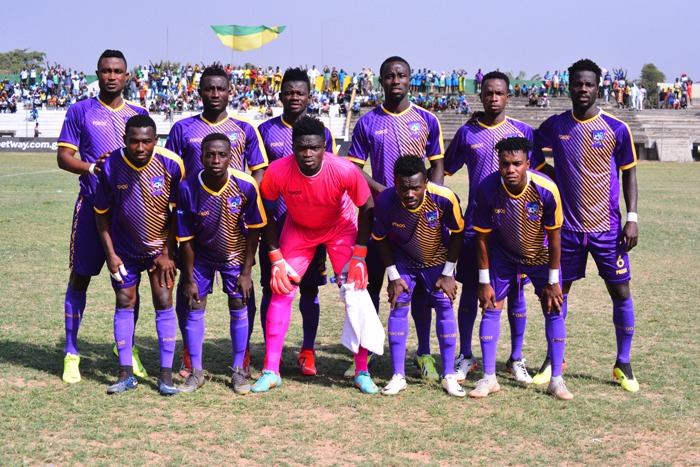 Medeama striker Prince Opoku-Agyemang is suspended for our Premier League match against Bechem United as Samuel Boadu hands call-up to Kalibo Toussaint in a 20-man squad.

Opoku picked up an accumulated yellow cards after being booked against Hearts of Oak, Asante Kotoko and Aduana Stars.

He will thus miss the must-win game against the Hunters at the Akoon park.

The gaffer has replaced Opoku with Ivorian Kalibo Toussaint.

The team will have to forge a win without the influential striker.

Medeama will desperate for the maximum point after their 1-0 defeat at Aduana Stars.

The Tarkwa-based side remain third on the table and require a win to cushion their point build-up.

The come up against a side which has been impressive all season.

United are now unbeaten against their regional rivals in the top-flight after beating Eleven Wonders, drawing with Aduana Stars and Sunday’s 2-1 win over Berekum Chelsea.

Bechem United will count on red-hot striker Prince Kwabena Adu who has raked in six goals so far in the season.