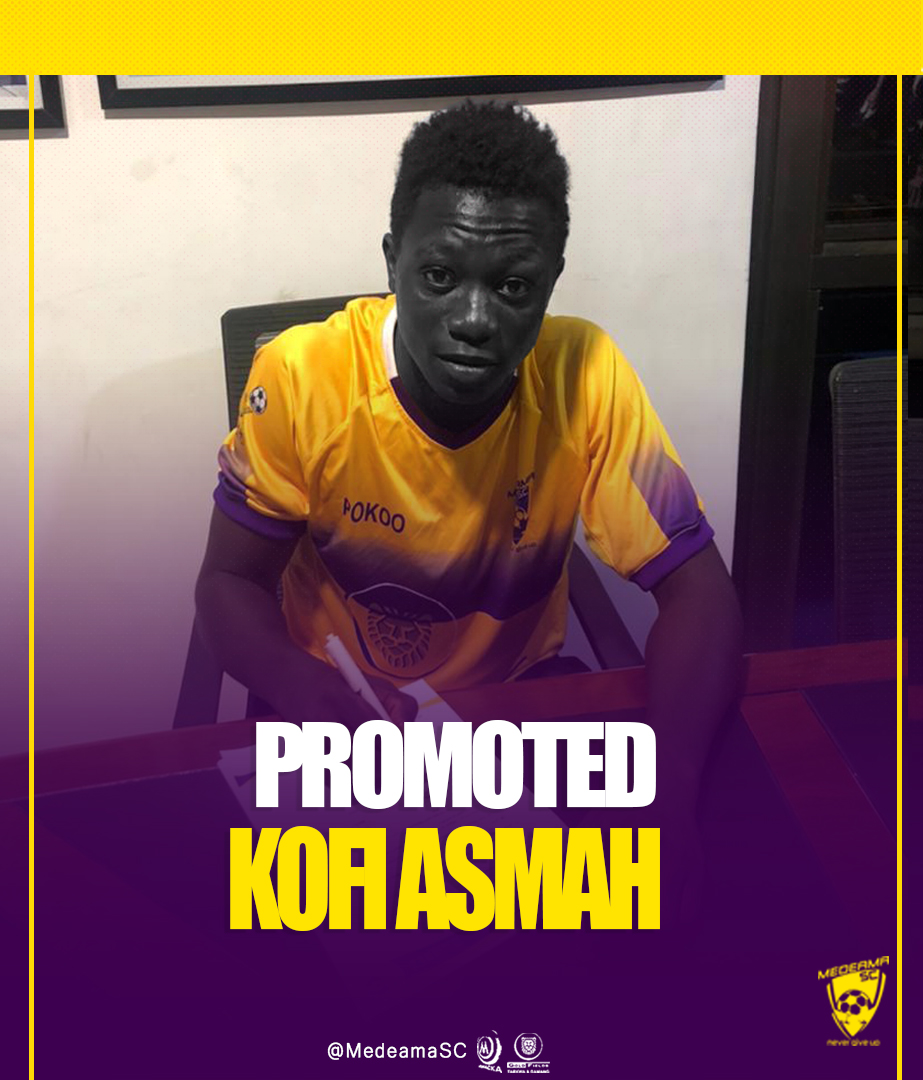 Medeama SC is delighted to announce that youngsters King Archerson and Kofi Asmah have signed their first professional contracts with the club.
Archerson, who tuned 19 in May this year, is the captain of the club’s developmental squad.
He has been with the Mauve and Yellows since 2019 and has been phenomenal for the youth team.
He is a product of the club’s outstanding U20 system.
The defensive midfielder featured in all the seven matches in the Division Two League, scoring three goals and providing five assists.
King will be looking to hone his talents and maintain his development at the club in the coming months and years.
Kofi Asmah, a towering centre-back for the club’s developmental squad has been rewarded for his outstanding displays.
Asmah, who turns 19 in November this year, featured in all the matches in the Division Two League where the team finished second behind Achiesu.
He scored one goal in the process.