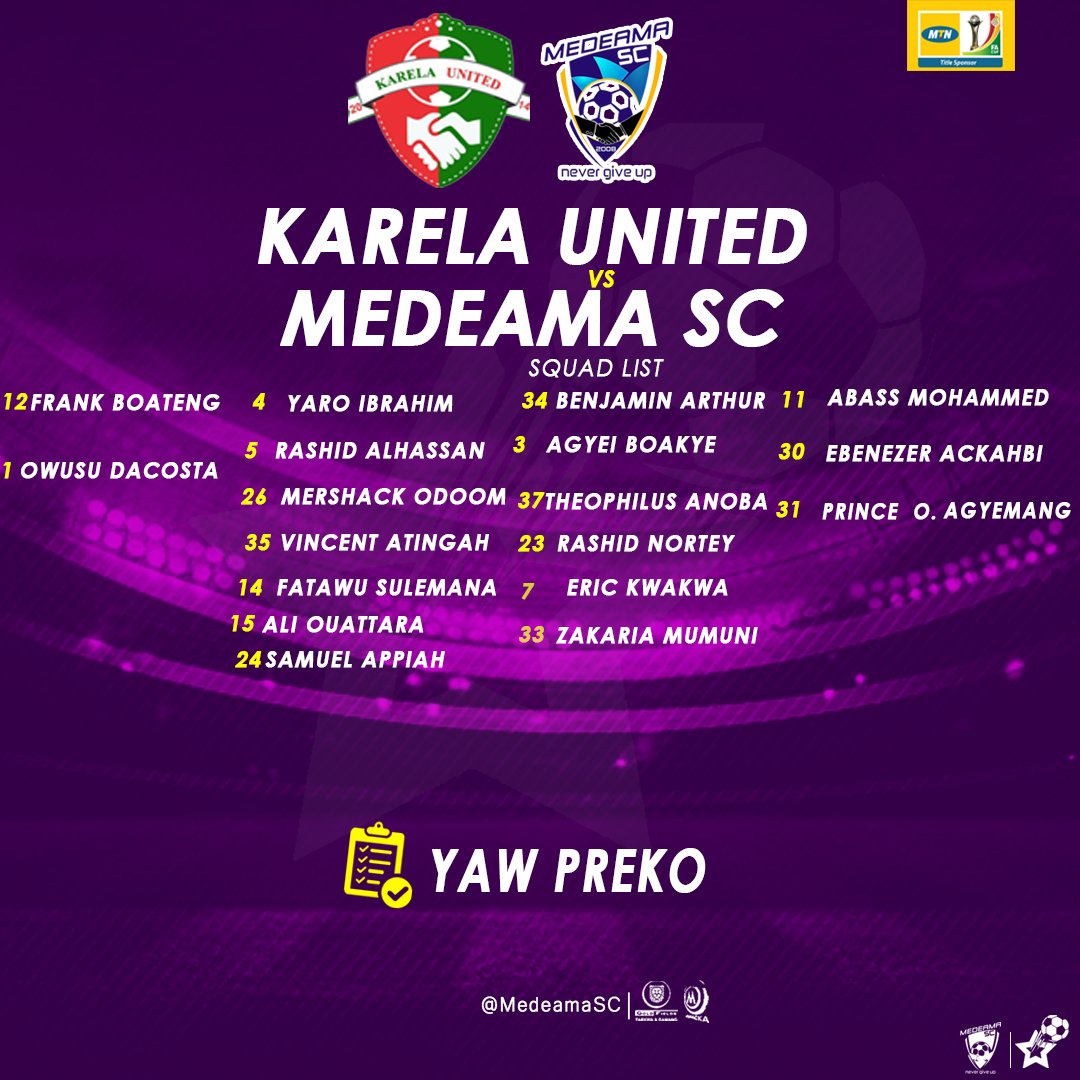 Medeama coach Yaw Preko has named an 18-man squad for the MTN FA Cup match at Karela United on Sunday.

The gaffer is without midfielder Richard Boadu and defender Baba Musah for the crunch Round of 32 tie at Aiyinase.

Boadu has been  ruled out with an injury after he picked up the setback in the 2-0 defeat at Hearts of Oak in the Ghana Premier League last weekend.

Musah failed to make the squad but Rashid Alhassan, Ali Ouattara and Vincent Atingah make the traveling squad to Aiyinase.

📋✅ Our 18 man squad for the match against Karela United !