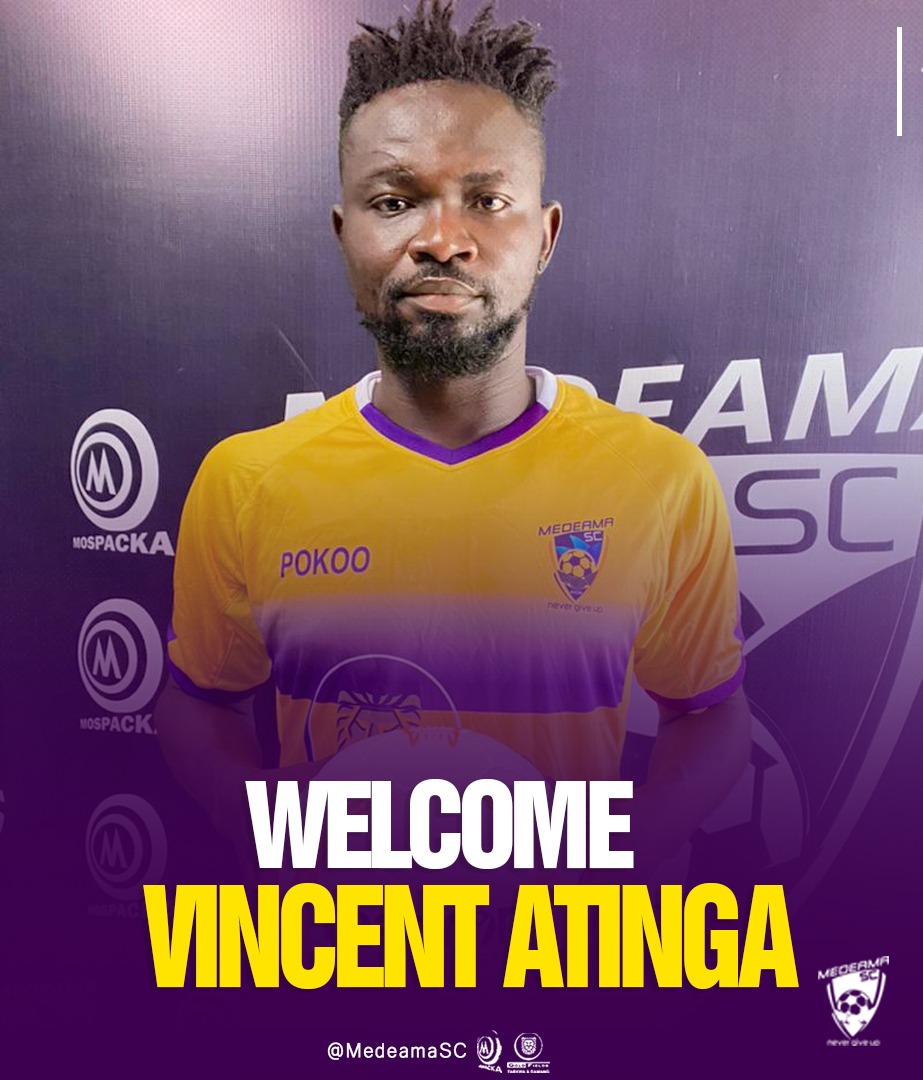 Medeama is delighted to announce the signing of experienced defender Vincent Atinga on a two-and-half-year deal.

The centre-back joins the Mauve and Yellows on a free transfer.

He has now signed a permanent contract which will see him remain in Tarkwa until 2023.

Atinga has an extensive playing  résumé having featured for Ghanaian giants Hearts of Oak as well as Ebusua Dwarfs.