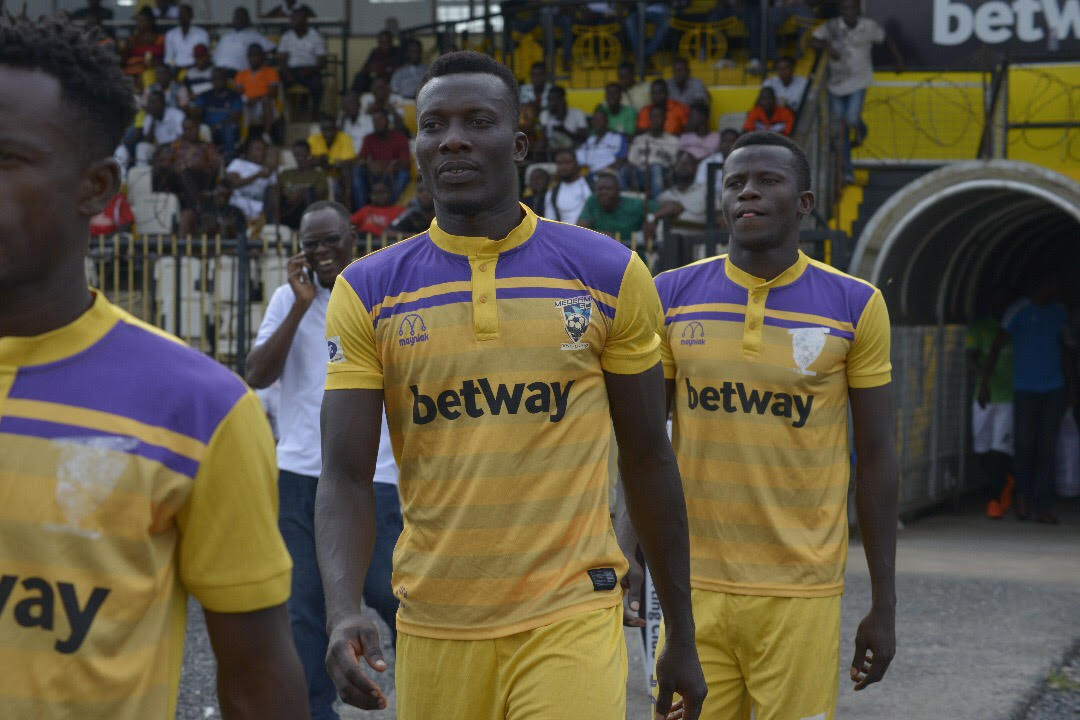 Medeama crashed out of the Tier 2 competition after losing 1-0 at Ashantigold on Sunday.

Shafiu Mumuni’s solitary goal was enough to send the Gold and Black lads to the next round at Len Clay stadium.

The first goal threat came in the 26th minute when Mumuni had his point blank header hits the framework with the rebound going wide.

Justice Blay’s header following a free-kick was tipped over the crossbar by Boateng.

AshantiGold SC got the much needed winner nine minutes after recess with Mumuni beautifully connecting a cross from Godfred Asiamah on the left.

The Mauve and Yellows’ dominance after conceding could not pay off.

Tahiru Awudu had a great opportunity to put Medeama SC on level but he missed the sitter few minutes away from full-time.