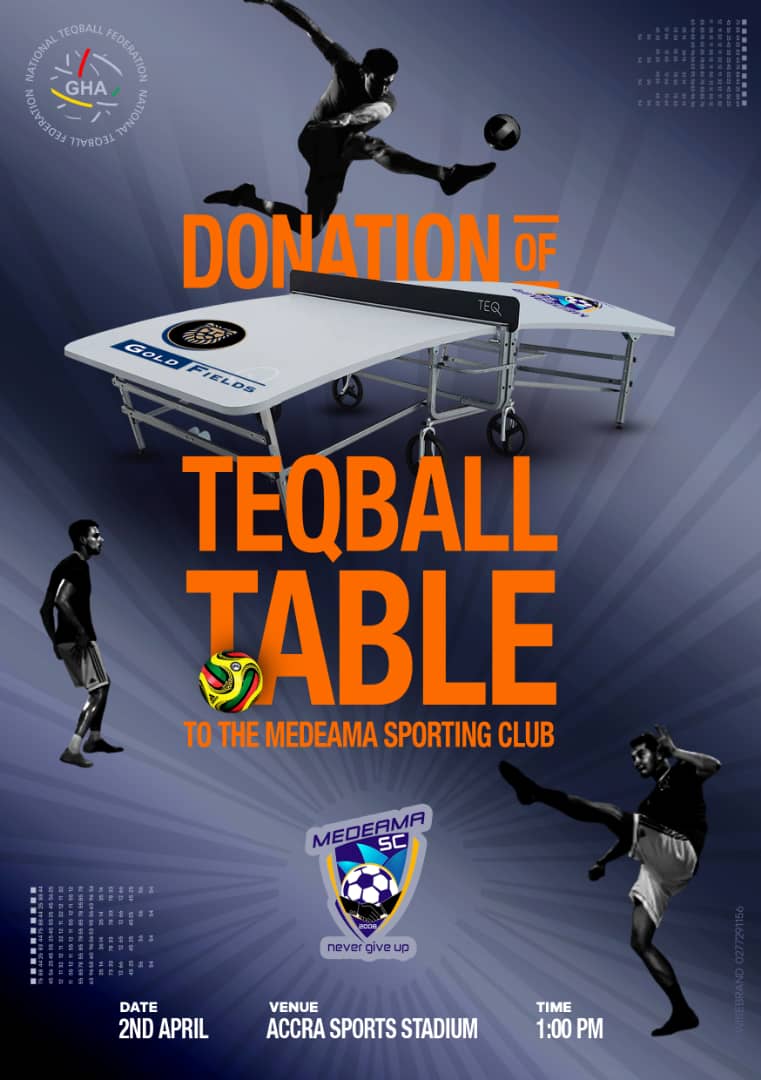 The Teqball Federation of Ghana (TFG) will present will a table to Ghana Premier League side Medeama in Accra on Friday.

The presentation will be done before the side’s Premier League showdown against Great Olympics on Friday afternoon.

Medeama will become the first Ghanaian elite division to receive the teqball table from the federation.

Teqball almost works like a game of table tennis, except players must use their head and feet to knock a football over the net and can be used by professional footballers in Ghana to improve their ball control skills.

Teqball was invented in 2014 in Hungary by two football enthusiasts, Gábor Borsányi, a former professional player and Viktor Huszár, a computer scientist.

It is a sport played between two players as a singles game or between three or four players as a doubles game, which resembles table tennis.

Teqball is played on a curved table and with a ball similar to a football, hit by any part of the body except the hands. The game is represented at an international level by the Fédération Internationale de Teqball (FITEQ).

A number of world-class footballers including Brazilians Ronaldinho, Neymar and Douglas Costa have been attracted by the game, and the sport is now aiming for Olympic inclusion.