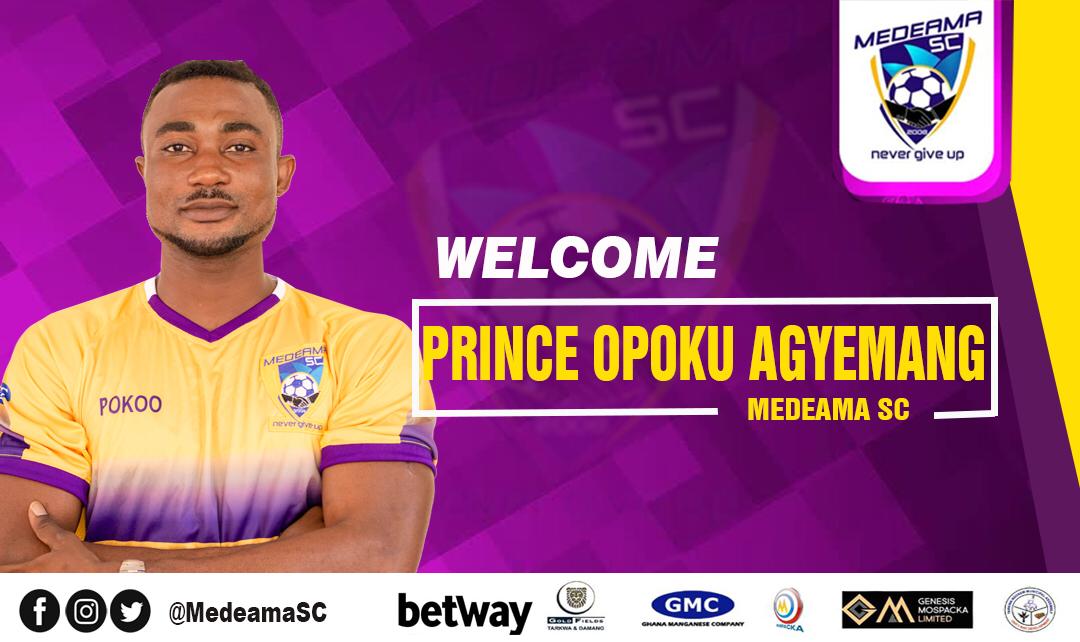 Prince Opoku-Agyemang says he couldn’t have asked for a better start to life in Tarkwa after scoring on his Ghana Premier League debut for the side in the 3-1 win at Ebusua Dwarfs on Sunday.

Opoku, who has joined Medeama on a three-year deal from New Edubiase, has settled quickly at the club.

The hugely talented striker announced his presence on the domestic front with with a sublime finish against the Mysterious Side.

Opoku increased the tally after youngster Ebenezer Ackhabi had opened the floodgate at the Cape Coast stadium.

He rounded off the goalkeeper in a flamboyant style to score on his Premier League debut against the home side.

And he has expressed his joy after the match.

“I couldn’t have asked for a better start to my career at this great club than this. We played our hearts out and we will keep improving. We are done with this. It’s past and gone. We have to shift focus to in our next match”.he told the media after the win.

Medeama shift focus to Hearts of Oak in their second league match of the season on Sunday.