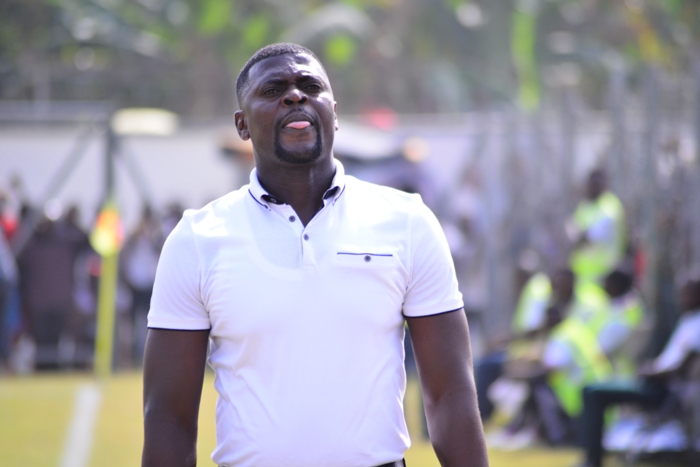 Coach Samuel Boadu has been given all-clear to direct affairs from the bench ahead of our Premier League match at Aduana Stars on Sunday.

The gaffer is fit again after recovering fully from last week’s setback.

The young tactician was taken ill during the side’s 1-0 win over Ashantigold.

The club’s well established doctors have given him a clean bill of health to return to duty on the touchline.

It’s a massive boost to the team ahead of the crunch tie against the Fire side.

The last meeting at the Nana Agyemang Badu II park ended in a volatile 1-1 draw.

The Mauve and Yellow are aware Dorma has always been a difficult hunting ground but will go for broke against the two-time Premier League champions.