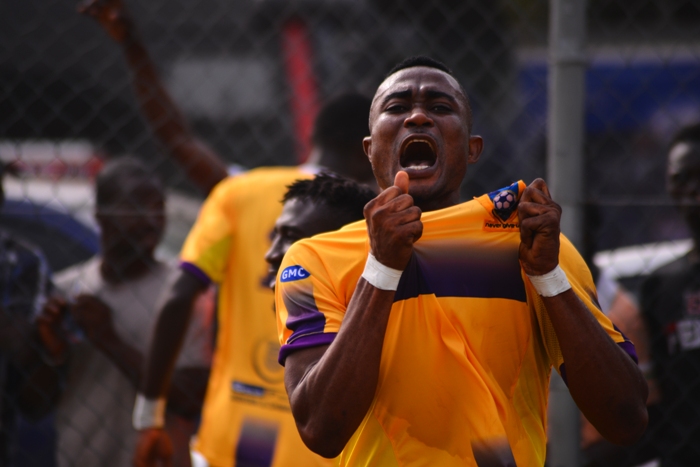 The club burnished its title winning credentials with a swashbuckling 3-0 win over out-of-sort Hearts of Oak at the Akoon Community Park in Tarkwa on Sunday to go top of the Ghana Premier League.

The Mauve and Yellows produced another classy performance with new signing Prince Opoku Agyemang scoring a brace in the first half.

His first was from 12 yards when he converted under two minutes after striker Kofi Kordzi had handled the ball inside the box from a corner-kick.

Hearts of Oak looked like a team in a coma and seem not to have recovered from their opening day shock 1-0 defeat at home to Berekum Chelsea.

After 35 minutes, Agyemang doubled Medeama’s lead with a simple tap in from inside the box.

Medeama dominated the Phobians with their sleek passing football and left the visitors to chase shadows.

Late on, the Mauve and Yellows nailed Hearts of Oak’s coffin when Nana Kofi Babil registered the third goal.