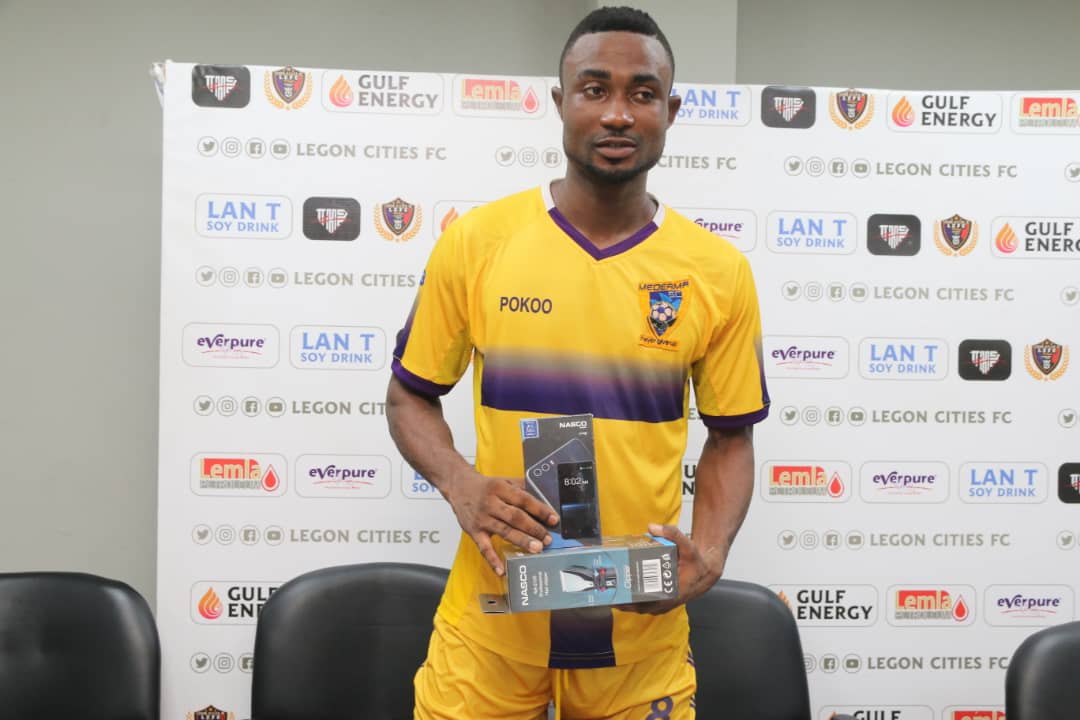 Brace-hero Prince Opoku Agyemang was named Man of the Match as his side Medeama beat Legon Cities FC 2-0 at the Accra Sports Stadium on Saturday.

Prince scored the pair of goals in the first half to lift his side to the summit of the league table.

He received his prize from sponsors NASCO.

The former New Edubiase United striker is living his dream as a prolific striker.