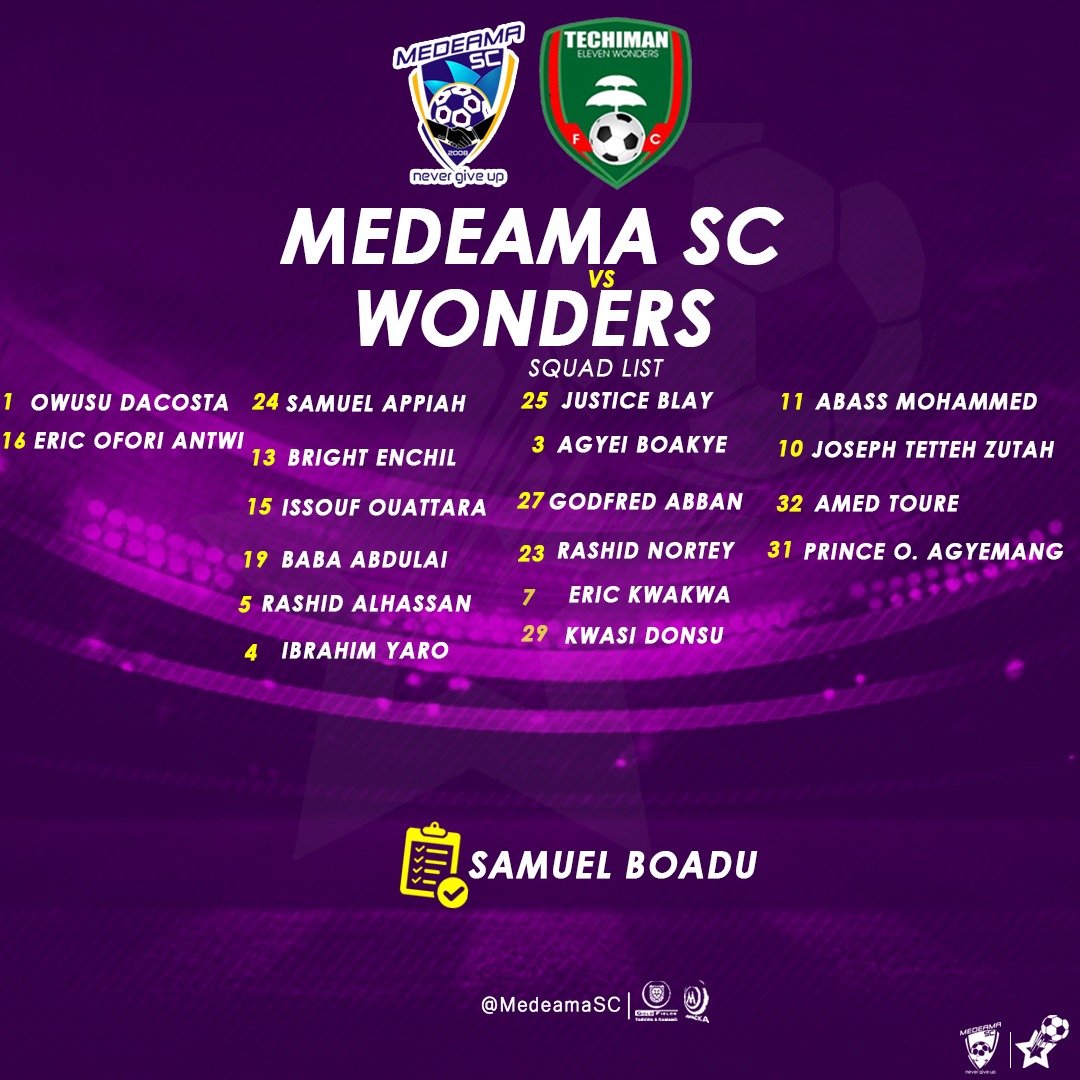 Opoku Agyemang missed the side’s remarkable 2-1 win at Elmina Sharks after being knocked down by a bout of malaria.

He has now been declared available after being named in an 18-man squad announced by the gaffer.

The Black Stars B striker was instrumental for Medeama in the Ghana Premier League last season where he netted 11 goals in 14 appearances.

He also provided three assists in the process.

Agyemang was part of the Ghana team that finished runners-up at the 2019 WAFU Cup of Nations in Senegal.

He joined the Yellow and Mauves at the beginning of last season following a stellar campaign in the Ghana second-tier with New Edubiase United FC.