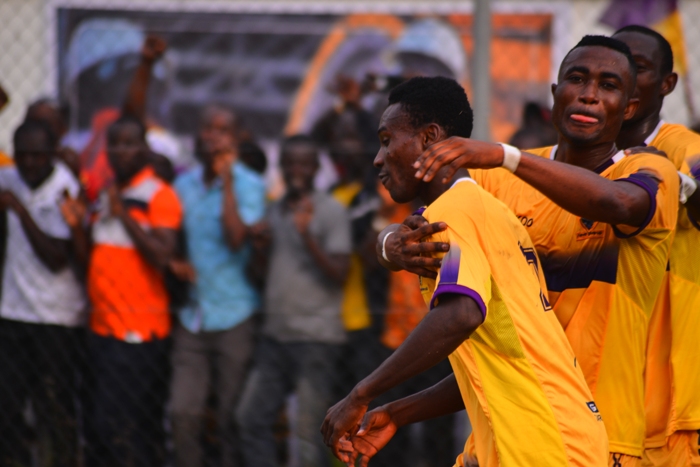 Medeama will be seeking to maintain their impressive form when they host Asante Kotoko in the top of the bill clash on Wednesday.

The Mauve and Yellows, third on the table, have beaten the Porcupine Warriors in Tarkwa for the past three seasons.

However, the big clash has been overshadowed by a shooting incident which has marred the fantastic start of the Ghana Premier League.

A Kotoko fan was shot by a policeman following rioting scenes in the wake of their 1-0 defeat at home to Berekum Chelsea on Sunday.

Subsequently, Kotoko have been hit with a temporal home ban after the unfortunate fans trouble.

Maxwell Konadu knows how to pull off results on the biggest occasion. If he manages to salvage anything from the Mauve and Yellows own fortress, it’s will be the sweetest salvation. However, if things go wrong, a terrible nightmare could unfold for the visitors.

Both teams are heading into the game with contrasting fortunes.

Kotoko have won two and lost once while Medeama have picked seven points from a possible nine.

The Porcupine Warriors must draw up a plan on how to keep Medeama from running riot. If you nullify a problem, a dozen others creep up against a free-scoring side.

In order to keep the rapturous atmosphere in check, Maxwell Konadu’s side must frustrate the hosts into making errors. It’ll be a huge day for both teams who are desperate to return to winning ways.

Medeama goalkeeper Eric Ofori Antwi has already proven his excellence in big games, but must repeat his heroics at the Akoon Park in order to keep Sogne Yacouba and Emmanuel Gyamfi quiet.

The biggest challenge, however, is in store for Medeama young sensation Nana Kofi Babil.

Babil, 17, has scored in opening three consecutive matches from the bench, to make him the youngest playyer to achieve that feat in the Ghanaian top-flight.

He must maintain peak concentration to pile pressure on the Kotoko defensive pair of Wahab Adams and Agyemang Badu.

Medeama trio Richard Boadu, Agyei Boakye and Kwasi Donsu must be diligent enough in closing down their midfielders, making interceptions and protectng their backline from being overloaded.

Kotoko won’t be getting a bucket load of chances in Tarkwa but make the few ones that come their way count.

Medeama are determined to move up the ladder and will do their title credentials lots of good if they negotiate a win against the Kumasi-based side.