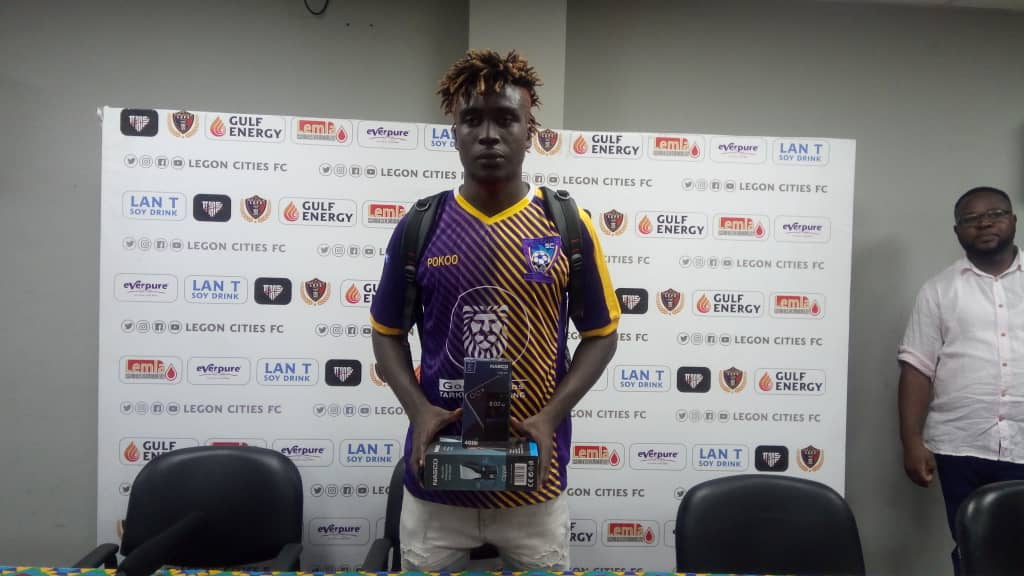 Yeboah was one of the main reasons the Yellow and Mauve lads left the Accra Sports Stadium with a point.

The 26-year-old guardsman was impregnable at the heart of defense for the Tarkwa-based side as they held Legon Cities FC to a 0-0 stalemate.

His overall performance in the match did not go unnoticed as he was honoured with the Man-of-the-Match gong.

Yeboah has been a key cog for Medeama SC since joining from Asante Kotoko in the off-season.