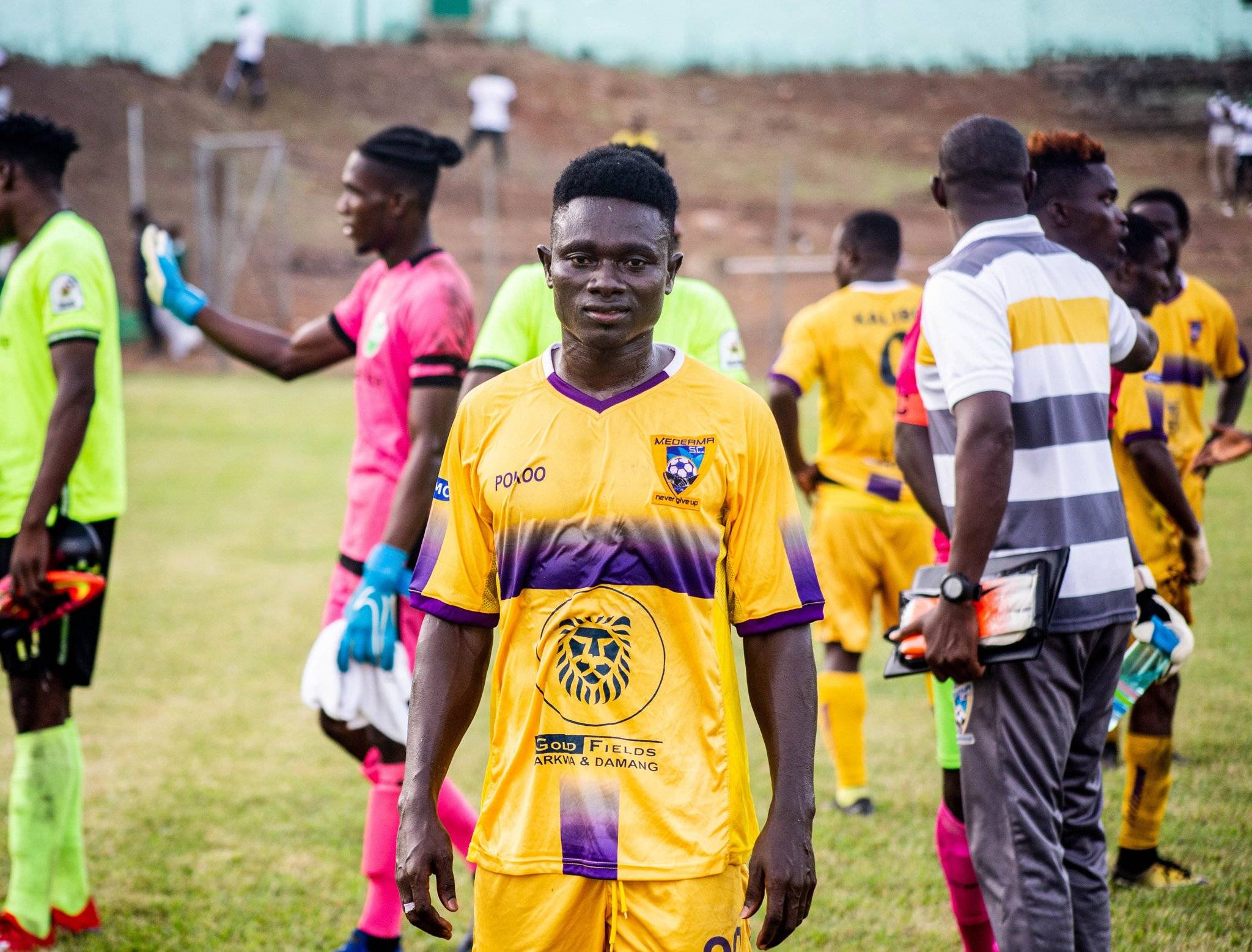 Medeama midfielder Kwadwo Asamoah wants the side to build on their first win of the season to put their ambition back on track.

The hugely talented enforcer played an influential role for the side as they coasted to victory against Ebusua Dwarfs at the Cape Coast stadium at the weekend.

Asamoah was heavily involved in the lead up to the goal scored by substitute Isaac Agyenim Boateng.

And the former Dreams FC and Techiman Eleven Wonders midfielder – who won Man of the Match award, wants the team to build on with the momentum from there.

“In the dressing room, our coach told us that this needs to be our first win,” Kwadwo Asamoah revealed.

Medeama next host Liberty Professionals on Sunday at the Akoon Park.