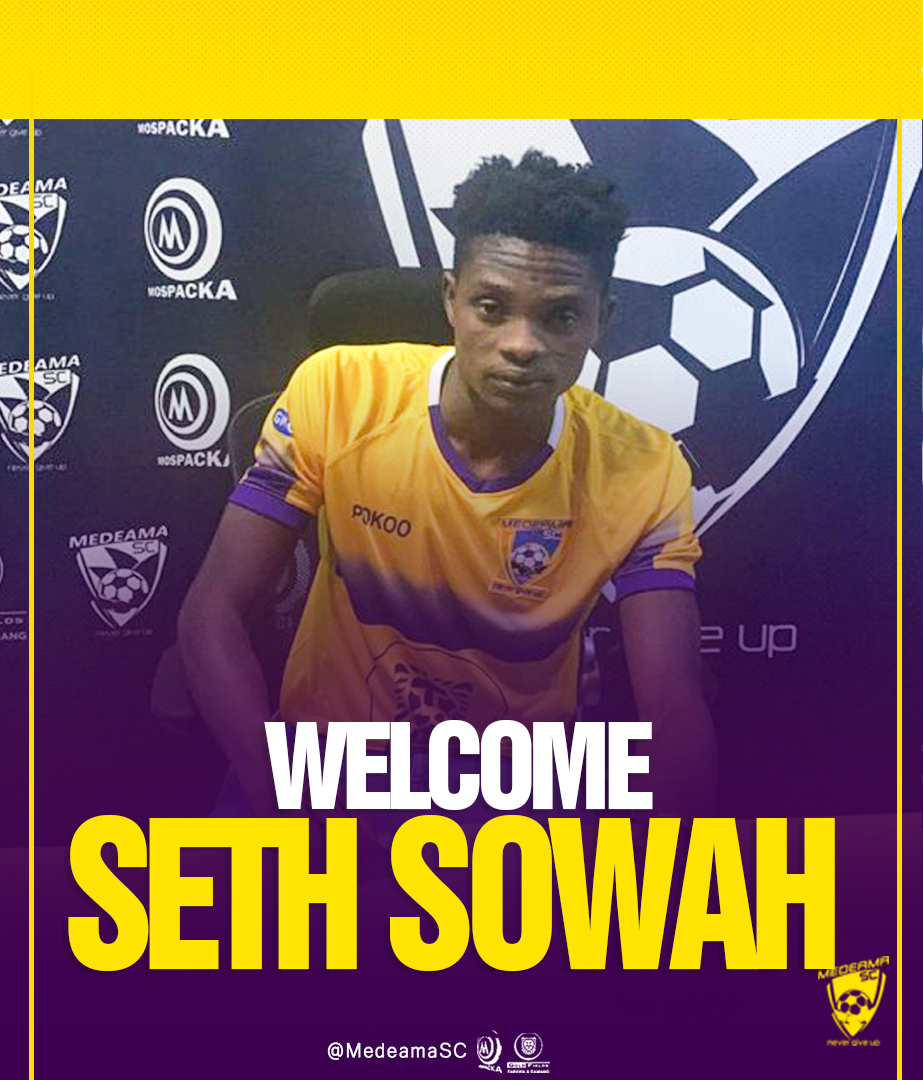 Medeama is delighted to announce that the club has signed defender Seth Sowah on a three-year deal.

The centre-back joins on a free transfer after leaving Bechem United.

The talented defender, who can also operate as defensive midfielder, is the latest addition to the Medeama squad.

He becomes the second signing after the club completed a deal to bring forward Ansu Kofi Patrick to Tarkwa.

Sowah is expected to be an integral member of the squad as the team begins preparations ahead of the new season.

Medeama SC wishes the defender the best of luck as he begins his career with the two-time FA Cup holders.