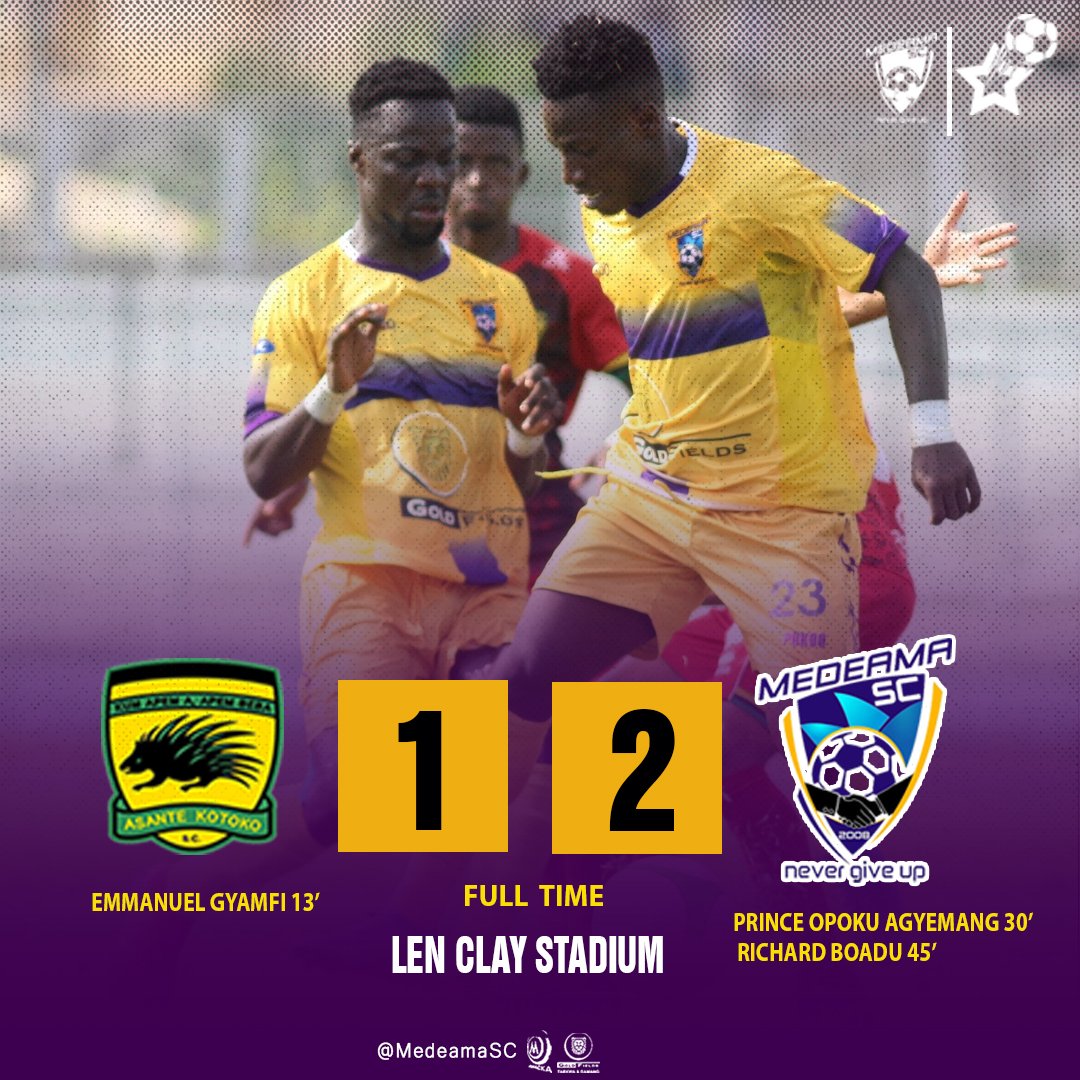 Medeama came from a goal down to beat Asante Kotoko 2-1 and hand coach Mariano Barreto his first defeat in charge of the Porcupine Warriors.

The Reds started well at their makeshift home at the Len Clay stadium with Augustine Okrah the main menace in the opening minutes.

But it was Gyamfi who would break the deadlock just 13 minutes into the match following a dominant spell by the Kumasi based club.

However, Medeama gradually worked themselves into the game and nearly leveled from an Ibrahim Moro header.

And just before the stroke of half-time Richard Boadu saw his deflected effort swerve Razak Abalora for Medeama’s second.

Coach Mariano Barreto made a quick substitution after the break, bring on Godfred Asiamah for Emmanuel Sarkodie.

Fabio Gama came to life in the second half, creating opportunities for Kotoko but the Mauve and Yellows were equal to the task.

Augustine Okrah came close a few times but it was too late for the Reds who suffer their first defeat of the second round.