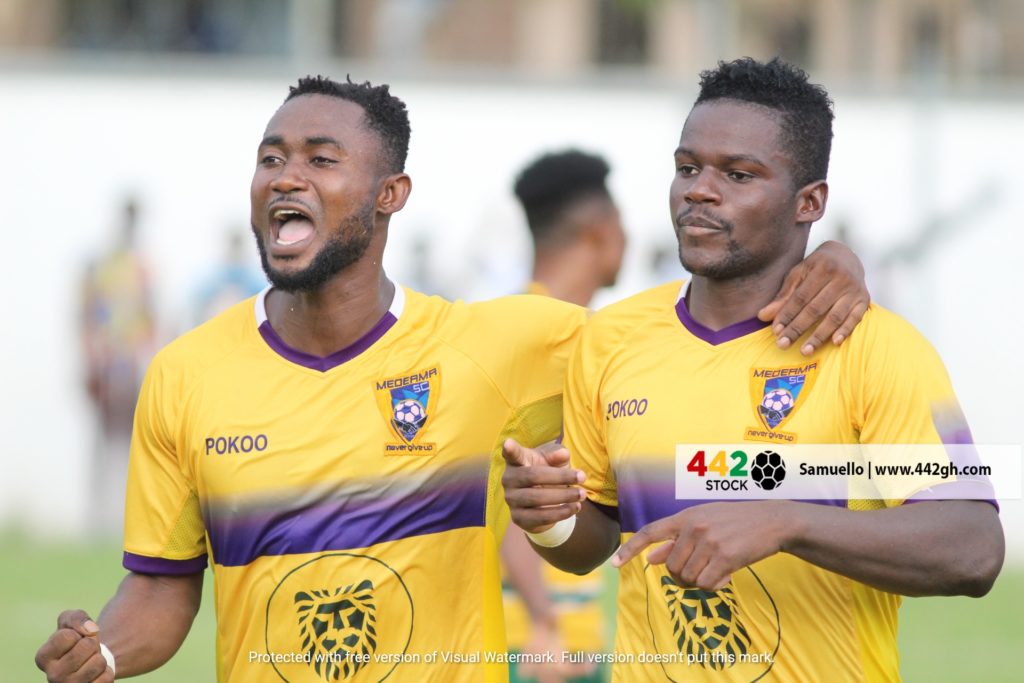 Medeama put up a superlative second performance to thrash Ebusua Dwarfs 3-0 at home to return to the top of the Ghana Premier League.