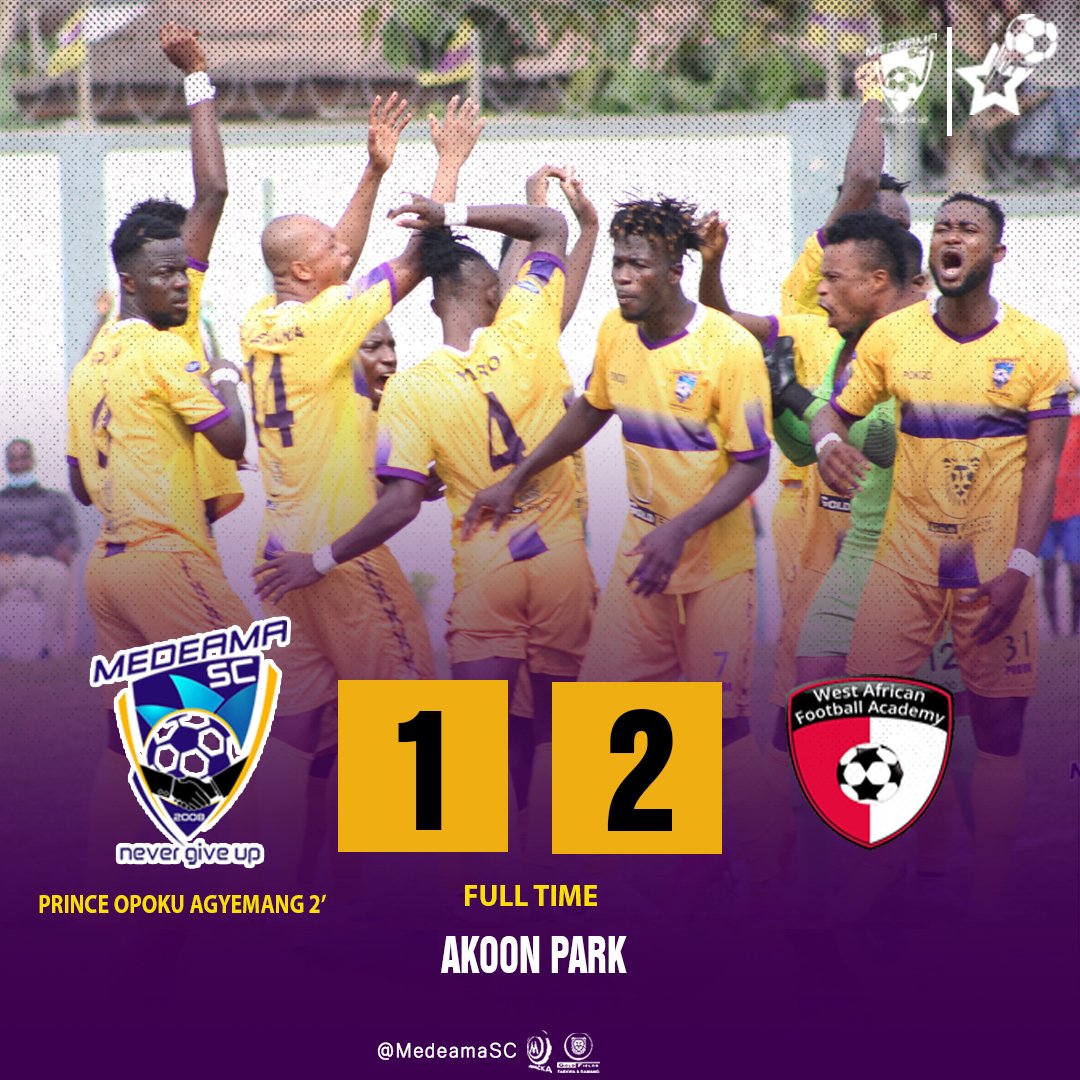 Medeama have been shell- shocked at home after losing 2-1 to West African Football Academy on Wednesday – with the academy boys completing the double over the Tarkwa-based side.

Godwin Agbevor scored the match-winner in injury time to steal victory at the Akoon Park for the visitors.

Prince Opoku Agyemang opened the scoring as early as the second minute to put the home side in the driving seat.

However, the visitors pulled parity courtesy of Enock Asubonteng in the 53rd minute.

Medeama probed for the second goal but were curtailed by the impressive displays from goalkeeper Osei Bonsu.

Just as the match appeared to be heading to a draw, Godwin Agbevor silenced the home crowd with the winner to bag the maximum points.

Medeama have now lost at home for the first time this season to spark anger in Tarkwa.

Coach Yaw Preko made three changes to the team that drew 0-0 at Liberty Professionals.

Theophilus Anobah marked his debut for the side since he joined after replacing captain Joseph Tetteh Zutah.

The Mauve and Yellows drop to 5th on the table after the shocking defeat at home with 10 matches left to spare.