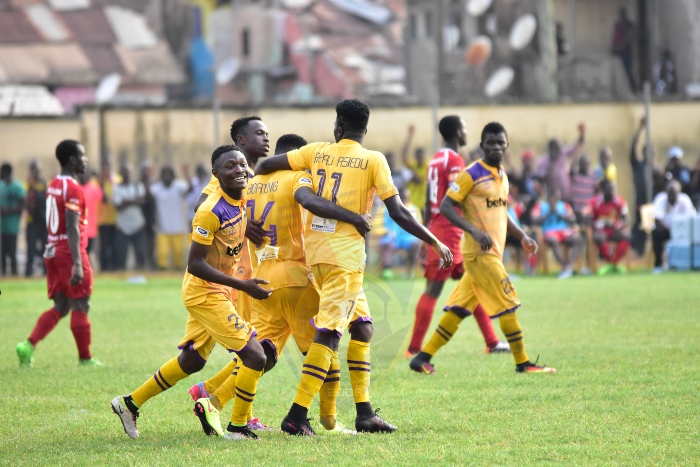 Medeama scored a late penalty to secure a 1-0 victory and condemn Kotoko to their first defeat of the season.

Kwame Boateng, who left Kotoko, converted the spot-kick to break Porcupine Warriors hearts despite all the efforts they made to pick a point.

Goalkeeper Felix Annan had pulled several top class saves to keep the scoreline blank but he could not keep out Boateng from 12 yards.

Boateng hit a powerful strike past Annan after referee pointed to the spot following a foul by Seth Opare on Rashid Nottey.

That was after a heavy downpour before the start of the second half had threatened to halt proceedings at the T & A park.

Medeama have moved to 4th with six points following the win while Kotoko now occupy the 7th spot with four points.