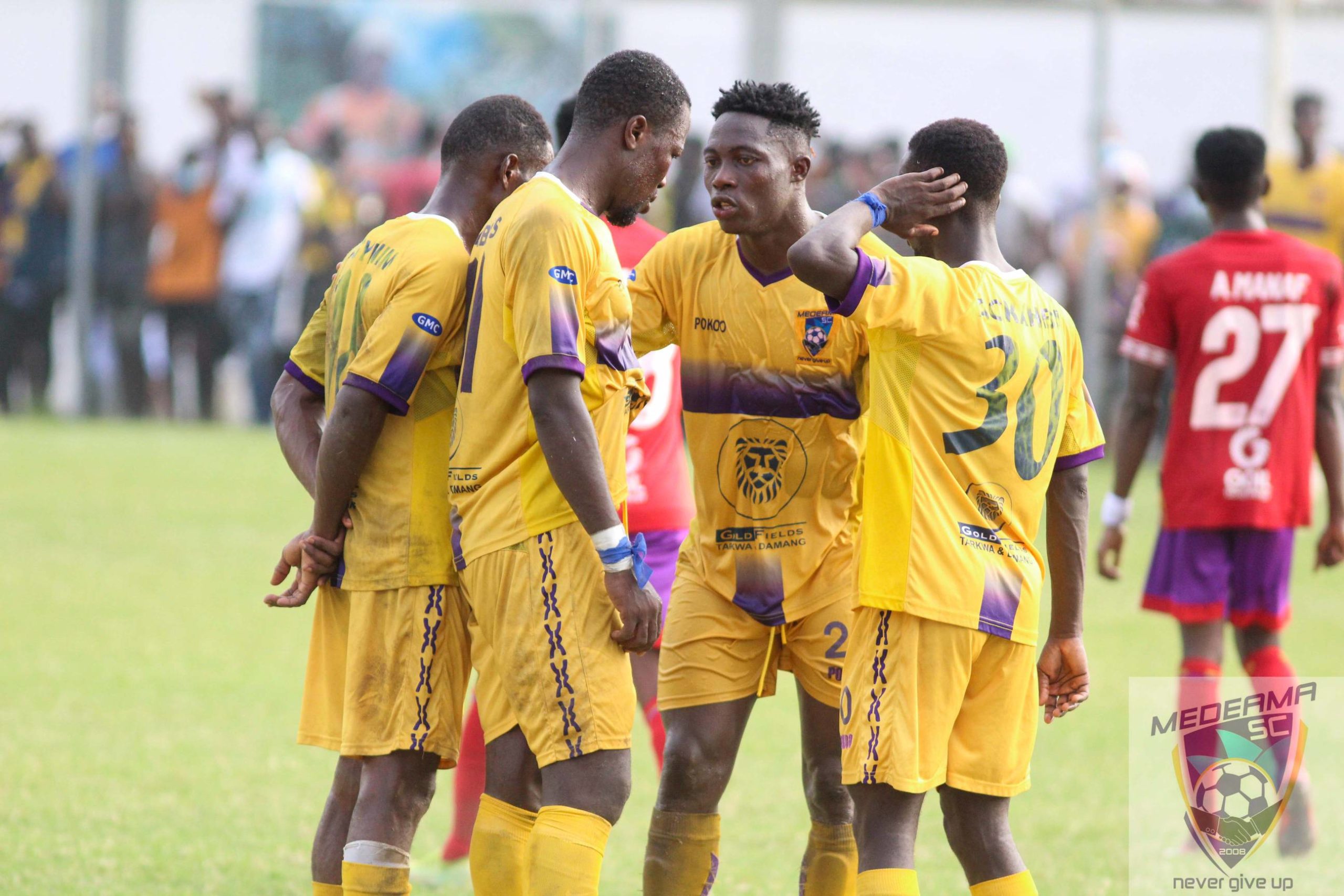 The Mauve and Yellows are desperate to know the extent of damage after he was rushed to the hospital over a suspected broken ankle.

Legon Cities Cities defender  Joseph Adjei came under pressure from his own teammates after his savage tackle on the hugely talented midfielder.

The former Tema Youth defender is carving a niche for himself for his calmness and composure and highly tipped for greatness.

Just as the match was heading into the break, Joseph Adjei hacked down Justice Blay in an ‘animalistic’ manner to the charging of the home fans and his own bench.

Blay’s injury appears to have affected Medeama in the second half as the visitors took control.

Adjei’s initial yellow card was cancelled for a red after a second opinion from the fourth official.

The centre back himself looked distraught and went straight to the dressing room to console his national teammate.

Cities will now continue their push in the relegation dog-fight.