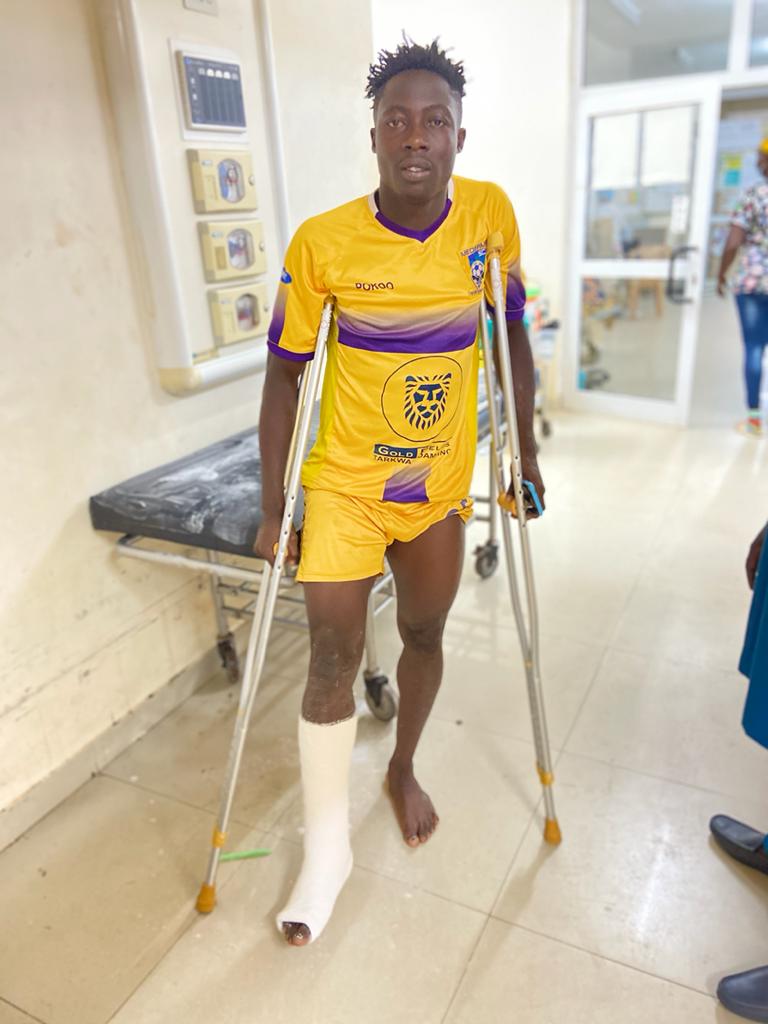 Justice Blay has been ruled of action between 2-3 months with a  fractured fibula.

The midfielder was forced off just before the break after he suffered the setback in the side’s 2-1 win over Legon Cities in the Ghanaian Match Day-20 top-flight fixture at the Akoon Park.

Scans at the Tarkwa Municipal Hospital have revealed that the midfielder has suffered a fracture of distal 1/3 of right fibula.

It’s unclear if he will recover fully on time to play any part in the ongoing campaign.

Joseph Adjei’s savage tackle means the midfielder will sit on the sidelines with the rest of the matches in the season in serious doubt.

Blay is under strict medical care as he begins the process of recovery.

The club will update fans on any other measures being taken by the club’s top hierarchy to ensure he receives the best medical care during this difficult period.

The Board, Management, Players and technical team wish him a speedy recovery.