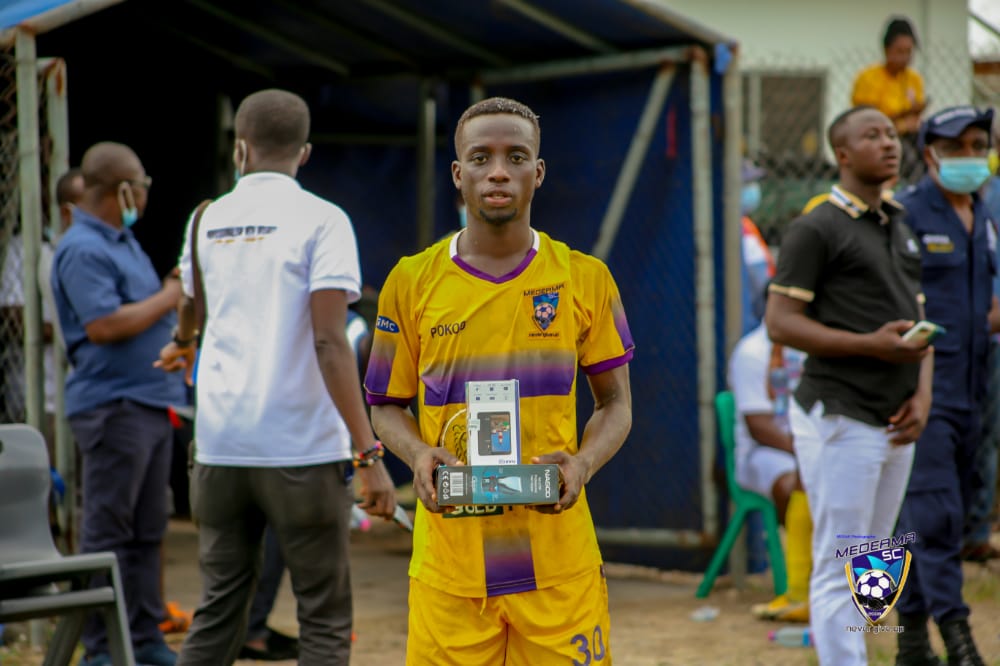 Youngster Ebenezer Ackahbi clinched the Man of the match award in the side’s comeback 3-2 win over Elmina Sharks on Sunday.

The 17-year-old scored the match-winner with 15 minutes left on the clock at the Akoon park.

The comeback win has sent the Mauve and Yellows to third on the league table.