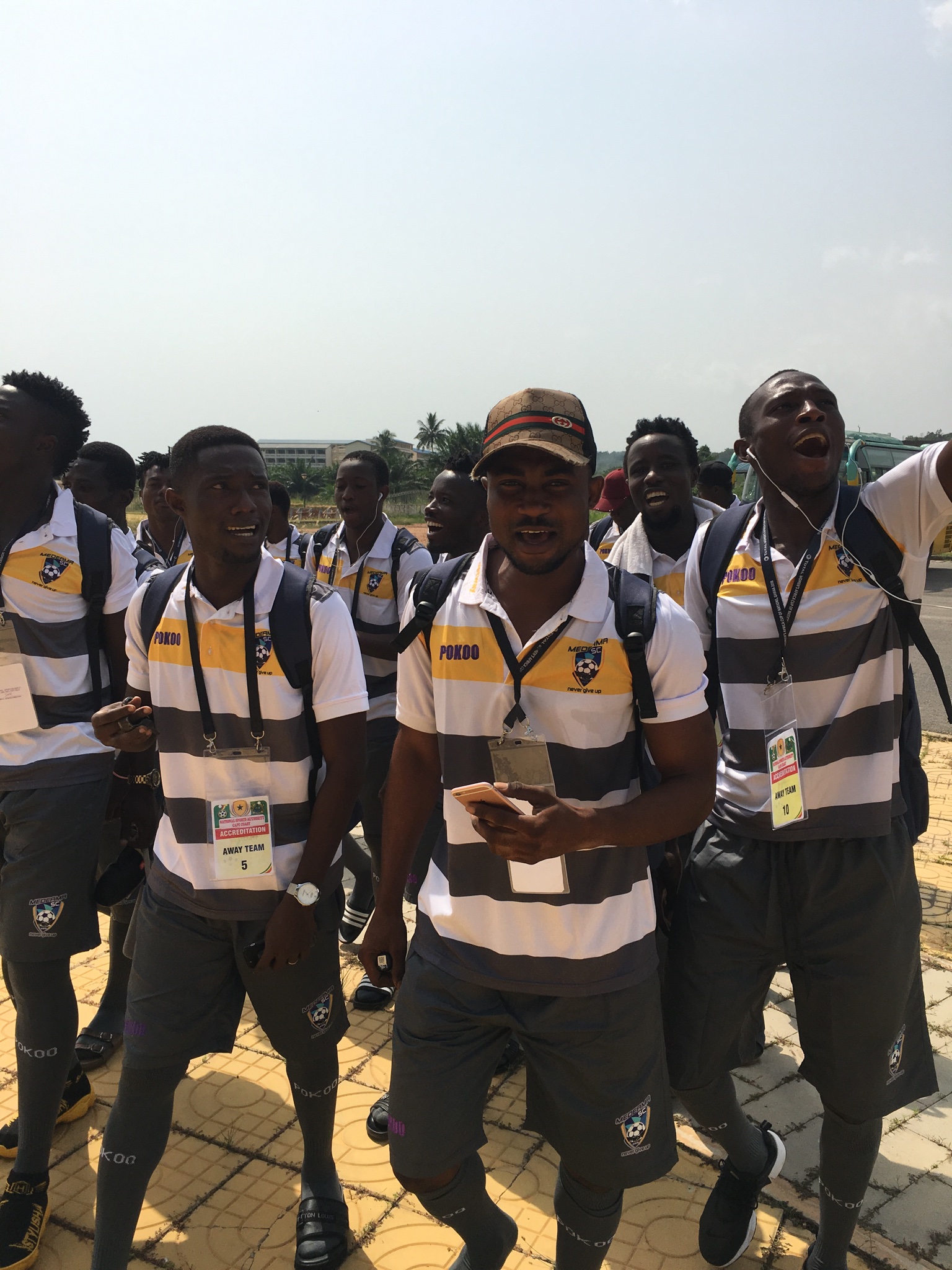 Samuel Boadu has selected an 18-man squad to take to Accra for Medeama’s Premier League clash against Liberty Professionals on Saturday.

The team has arrived in the capital for the big showdown against the scientific soccer lads.in Dansoman.

The team is still without influential midfielders Eric Kwakwa and Rashid Nortey as well as defender Bright Enchil.

Returnee Bernard Ofori did not make the trip as well.

However, the gaffer has kept faith with the core of his team who have enjoyed a fabolous start to the campaign.

Youngsters Nana Kofi Babil and Ebenezer Ackahabi keep their places in the team.