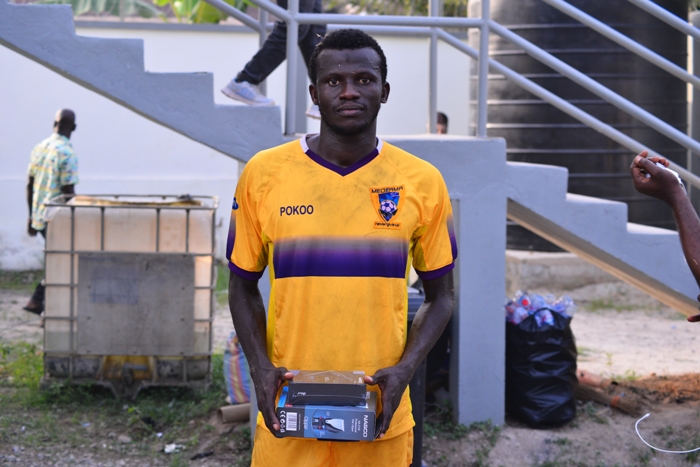 Defender Ali Ouattara was crowned Man of the Match in our 1-0 win over Asante Kotoko on match-day 4 of the Ghana Premier League.

The towering centre-back produced a remarkable display at the Akoon Park as the home side continued their superiority over the Porcupine Warriors.

Ouattara has been a key member of the squad for the past three seasons since joining from Real Tamale United.

He played through the pain barrier to emerge the MVP after a rock-solid display for the Mauve and Yellows.

However, the centre-back is now  a major doubt for the league match against Dreams FC.